Meet the Monk of Mokha 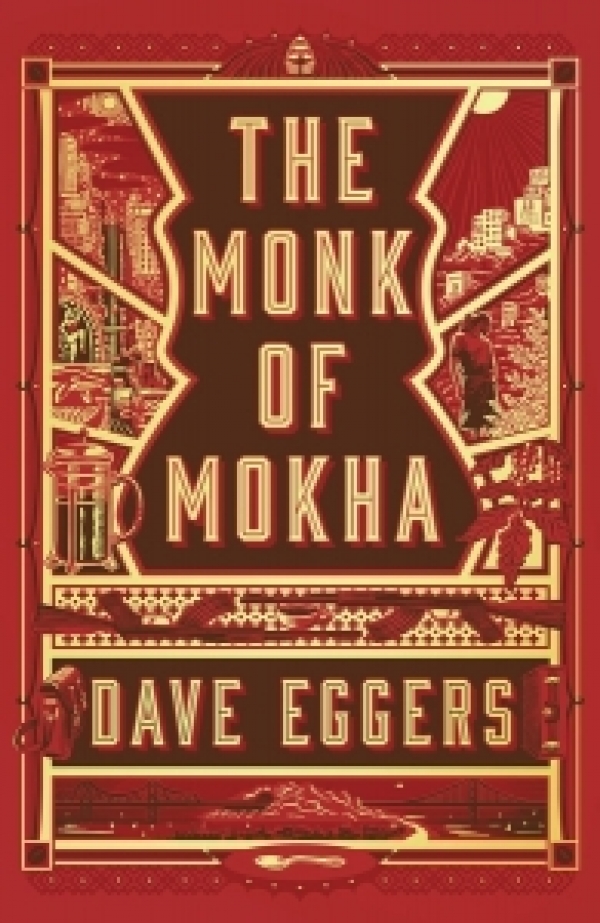 Dave Eggers is the author of eleven books, including the national bestsellers Heroes of the Frontier, The Circle, and A Hologram for the King, which was a finalist for the 2012 National Book Award. Now, the Pulitzer Prize finalist has written his first nonfiction work in nearly a decade with the upcoming The Monk of Mokha. Dave Eggers traveled the world for research in his portrait of Mokhtar Alkhanshali, a Yemeni-American who grew up in San Francisco, moved to Yemen at 24 and immersed himself in its coffee farming culture, and survived a deadly civil war which continues on to this day. What results in The Monk of Mokha is a vibrant depiction of courage and passion, interwo- ven with a detailed history of Yemeni coffee and a timely exploration of Muslim American identity. Alkhanshali, now back in San Francisco, reveals how he worked on the book with Eggers for years, reflects on his harrowing but transformative experience living in Yemen, and explains why he thinks The Monk of Mokha is a vital story to tell in the Trump era.

Can you talk a little bit about how you decided to get together with Dave Eggers for this project?

“Listen, your story’s incredible and it’s really inspirational, and I would be honored to write a book about your life.”

Mokhtar Alkhanshali: 'I don’t know if I would use the word “decided.” I met Dave maybe seven years ago, six years ago. It’s funny because I didn’t know he was this famous author. A friend of mine was working on a script for a TV series about an Arab cop, and the main character was Yemeni. So they wanted somebody to give an accurate portrayal of the Yemeni community and make sure it was accurate. They asked me to read the script; I read it. If you ever meet Dave, he’s so, so humble and the quintessential writer. He has an old cellphone, he doesn’t like social media. I came back from Yemen, and I had just escaped my life. I met up with him and I was going through a little bit of my journey. I was still trying to process a lot about what had happened to me, and he made his notes. The next day he called me, and he’s like, “Listen, your story’s incredible and it’s really inspirational, and I would be honored to write a book about your life.”

I didn’t understand. I was like, “What are you going to write about?” I initially told him no. I remember like a week later, I told a friend of mine about this. And didn’t even say the name correctly: I said “David Edgers.” He’s like, “Who?” And I said, “You know, this author,” and my friend was like, “He’s one of the most incredible authors alive. This is an amazing opportunity to tell the story of coffee, your work.”'

So you weren’t familiar with his work?

Mokhtar: 'No, I wasn’t. When you have accessibility to somebody—I had him in my phone for years, four or five years before that—you just don’t assume this person’s famous. And also, he’s extremely humble in person. He’ll leave to go to a meeting, and you’ll only find out later he was meeting John Kerry or Emma Watson or something.'

That’s how I first knew Dave: I knew him as a friend. He’s led a really remarkable life and is a really, really great guy, so I wasn’t too hesitant about that.

Did you have any concerns, regardless of whether you knew who Dave was as an author, about making your story public and how it would be told?

Mokhtar: 'When I had worked with him previously, I got to know him as a friend. That’s how I first knew Dave: I knew him as a friend. He’s led a really remarkable life and is a really, really great guy, so I wasn’t too hesitant about that. Even before he began writing … he spent a long time talking to me about this. In the process of three amaz- ing years, he’s gone to Ethiopia, to Yemen, to the coffee farms—he’s really immersed himself in my life. Anyone who’s met him, my friends and family, will tell you what a good person he is. I was more concerned about my personal life—and I still am, you could say—and how people would [react].'

What was your process with Dave like, working on and shaping this book?

Mokhtar: 'I was living my life. I’d just come out of a war zone, I’m trying to figure out how I’m going to run my business and help my farmers—the ports are still closed, there are still airstrikes going on in Yemen even today. I’m just figuring out my life while he’s behind me, following in and being a part of it in that way. The first year was pretty intense because we would meet like five days a week and have these long interviews, and he would voice-record my interviews. Then he would take notes and would go into everything. After a while, this thing that happened to me, he would ask about it at different times, different months. He’d interview all the people involved, like my friends and family. There were news pieces about them, there were pictures, and I was pretty much like an open book for him—just kind of go into my life and piece it together.'

And then one day I walked into a coffee shop … and I had a cup of coffee from Ethiopia. It blew me away how it tasted. I tasted blueberries, and was like, “This is not normal coffee.”

The book is really about how you were drawn to Yemeni coffee, and that culture and industry. Why did it become so central to your life?

Mokhtar: 'A lot of immigrants will tell you this: Your parents leave those countries for another opportunity, and nobody has the idea of going back. So my parents would tell me, “Mokhtar, if you don’t do good in school, we’re going to send you back to Yemen and work on a farm.” That was my family’s threat. I didn’t even think about going to Yemen. And then one day I walked into a coffee shop … and I had a cup of coffee from Ethiopia. It blew me away how it tasted. I tasted blueberries, and was like, “This is not normal coffee.” So I learned about how they are different varieties, and seasonality. And I learned, more importantly, about direct trade—and how if you paid more to farmers, they could produce better-quality products, and you could pay for things better. I thought, “How cool would it be to start a busi- ness where it’s really a model of social impact?” My family’s from Yemen. I grew up hearing stories about the Port of Mokha, this ancient port in Yemen called Mokha. Most people don’t know that there’s a port called Mokha.

I believe storytelling is one of the oldest and most powerful ways to tackle media, and I think that we live in one of the more divided times and that stories are the major way to humanize the “other” and make you see each other.

So they told me about the Port of Mokha, and when I went back in 2013 to start this project, I’d tell my family, “I just want to see how this works out, I think there’s something cool over here. I’m not going to lie and say I had this master plan to start this huge business, just wanted to work with coffee. Just kind of happened as I went.'

Your story has a darker component too, as you mentioned. Did you feel it was important to tell this story as a Muslim American, and particularly in this political climate?

Mokhtar: 'I believe storytelling is one of the oldest and most powerful ways to tackle media, and I think that we live in one of the more divided times and that stories are the major way to humanize the “other” and make you see each other. This book that Dave is writing, The Monk of Mokha, tells my story. And yeah, we live in a time where there’s someone in the Oval Office whose polit- ical base wants to deport, ban, send away entire groups of people. Yemen has made it to each cut of this Muslim travel ban. My story tells the story of bridges: U.S. citizens who maintain relations in these countries of ancestry, and how this is what makes America great. This really wonderful land of people from all over. This is the story of the American dream, how entrepre- neurship can uplift so many people. I think it’s especially important during our times now, because that dream is under threat. I hope that my story can be one of those unifying narratives.' 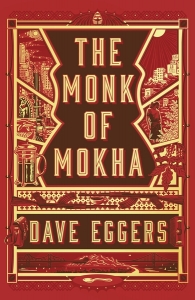 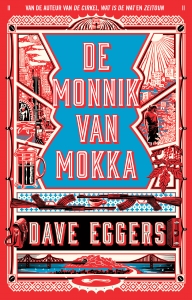