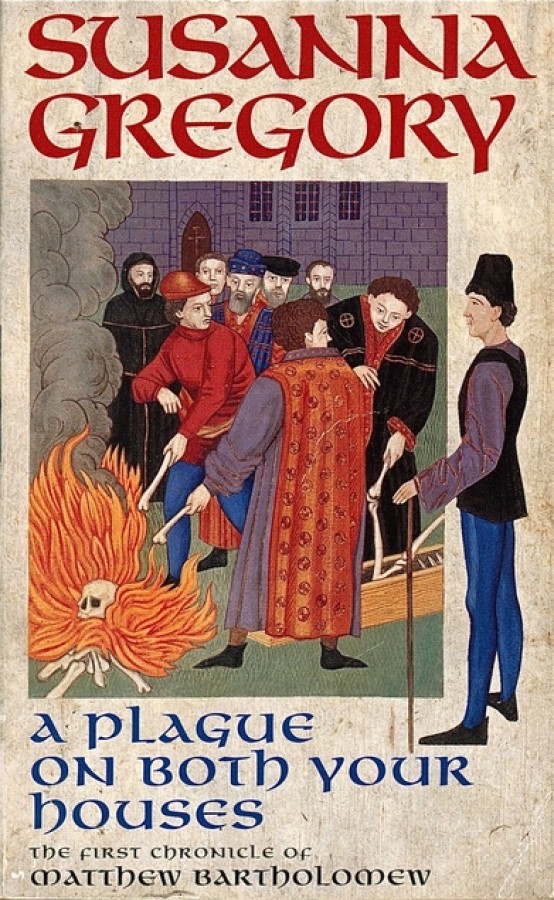 A Plague On Both Your Houses

In the tradition of Ellis Peters, A Plague on Both Your Houses introduces the physician Matthew Bartholomew, whose unorthodox but effective treatment of his patients frequently draws accusations of heresy from his more traditional colleagues. Besides his practice, Bartholomew is teacher of Medicine at Michaelhouse, part of the fledgling University of Cambridge. In 1348, the inhabitants of Cambridge live under the shadow of a terrible pestilence that has ravaged Europe and is travelling relentlessly eastward towards England. Bartholomew, however, is distracted by the sudden and inexplicable death of the Master of Michaelhouse - a death the University authorities do not want investigated. When three more scholars die in mysterious circumstances, Bartholomew defies the University and begins his own enquiry. His pursuit for the truth leads him into a complex tangle of lies and intrigue that causes him to question the innocence of his closest friends, and even his family. And then the Black Death finally arrives and Bartholomew is dragged deeper and deeper into a quagmire which threatens not only his life, but the continued existence of the University and the future of the town.