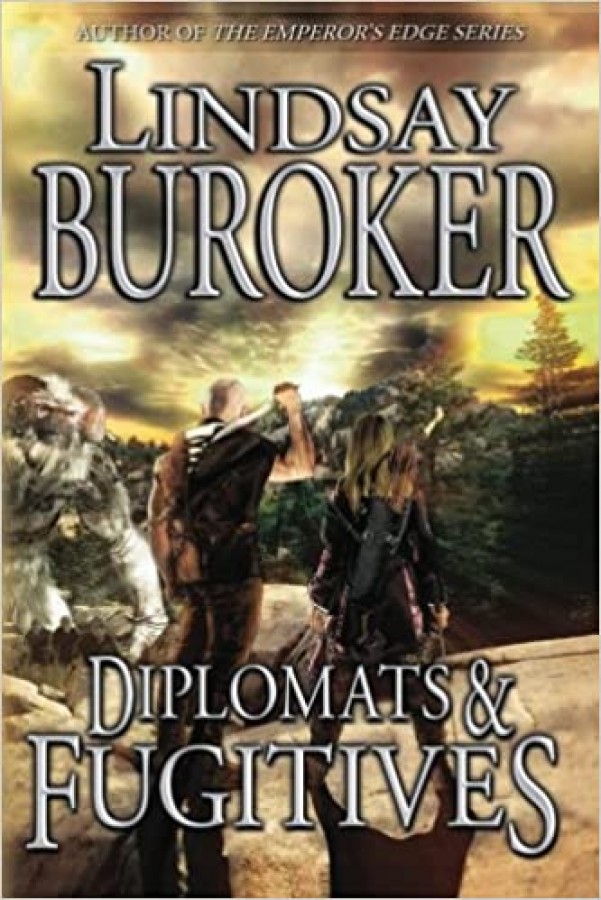 Even though Basilard is the official Mangdorian ambassador to the Turgonian Republic, he still isn’t fully trusted by his pacifist people. After he was enslaved and forced to entertain spectators in pit fights that left him scarred and mute, his kin turned their backs on him, condemning him for choosing violence. They don’t let him travel home without supervision, and he isn’t allowed to see his daughter. When trouble arises in his homeland, a mysterious blight that could cause widespread starvation for his people, he’s invited to take several old friends to travel to his country to investigate. If Basilard can solve the problem, perhaps his people will finally realize he’s not a bad influence on his family. But unlikely obstacles stand in his way, including a strange Kendorian woman that he’s ordered to take along on the mission. A Kendorian fugitive hiding in Turgonia, former tracker and assassin Ashara Longbow wants to start a new life, so she can sneak her children out of her country to join her in the republic. Not only is she hunted back home, but the Kendorian ambassador in Turgonia has learned she exists and wants a favor in exchange for keeping her secret. If she doesn’t help him thwart Basilard’s mission, she may never see her children again.