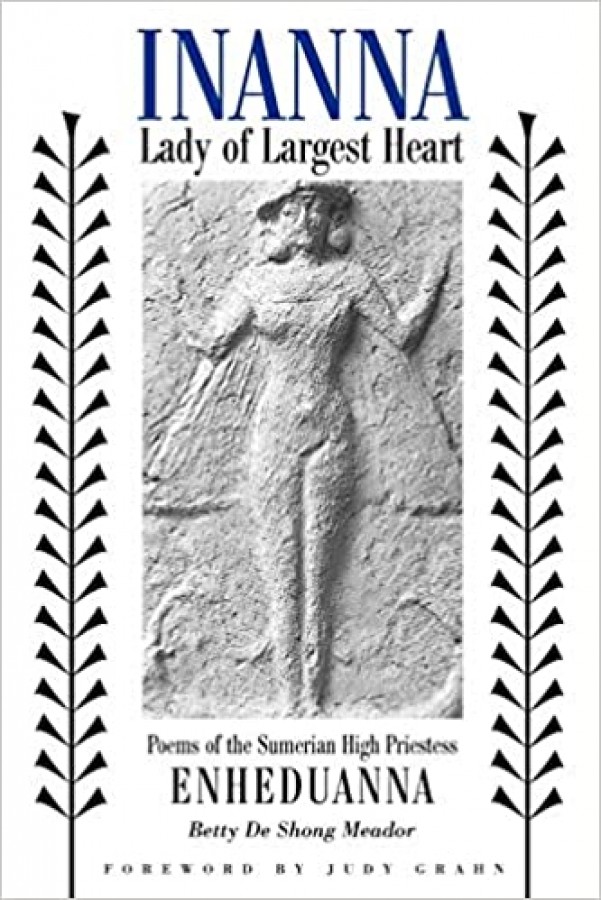 
Gelezen 0 Aan het lezen 0 Wil ik lezen 0 Favoriet 0 Recensies 0
Topics 0
The earliest known author of written literature was a woman named Enheduanna, who lived in ancient Mesopotamia around 2300 BCE. High Priestess to the moon god Nanna, Enheduanna came to venerate the goddess Inanna above all gods in the Sumerian pantheon. The hymns she wrote to Inanna constitute the earliest written portrayal of an ancient goddess. In their celebration of Enheduanna's relationship with Inanna, they also represent the first existing account of an individual's consciousness of her inner life. This book provides the complete texts of Enheduanna's hymns to Inanna, skillfully and beautifully rendered by Betty De Shong Meador, who also discusses how the poems reflect Enheduanna's own spiritual and psychological liberation from being an obedient daughter in the shadow of her ruler father. Meador frames the poems with background information on the religious and cultural systems of ancient Mesopotamia and the known facts of Enheduanna's life. With this information, she explores the role of Inanna as the archetypal feminine, the first goddess who encompasses both the celestial and the earthly and shows forth the full scope of women's potential.
+