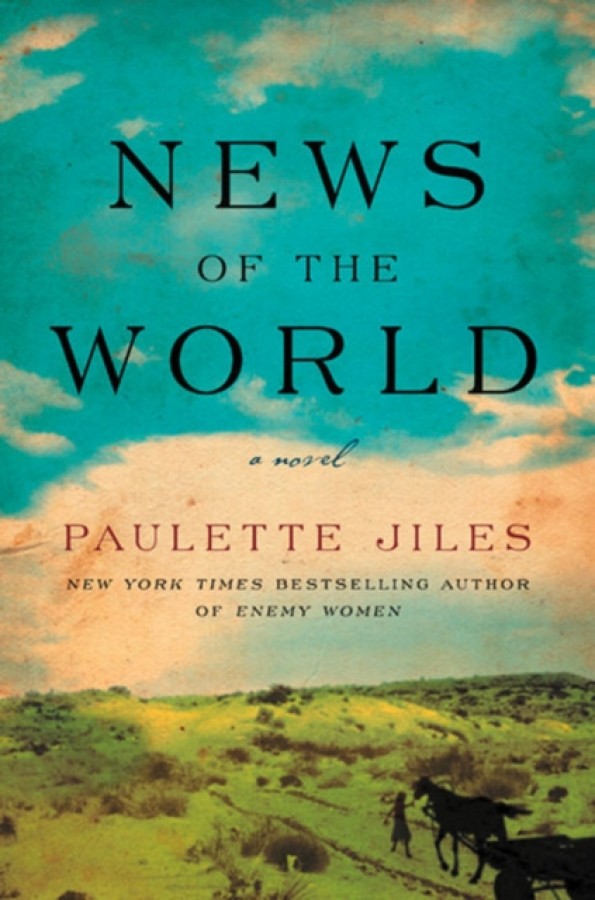 News of the world

In the aftermath of the Civil War, Captain Jefferson Kyle Kidd drifts through northern Texas, performing live readings from newspapers to paying audiences hungry for news of the world--of the Irish pouring into New York City, of the railroad driving into the new state of Nebraska, of an eruption of Popocatépetl near Mexico City. An elderly widower who has lived through three wars and fought in two of them, the captain once made his living as a printer, until the War Between the States took his press and everything with it. Now, at seventy-one, he enjoys the freedom of the road, even if his body aches and money is scarce.

At a stop in Wichita Falls, Captain Kidd is offered a fifty-dollar gold piece to deliver a young orphan to her relatives near San Antonio. Four years earlier, a band of Kiowa raiders viciously killed Johanna Leonberger's parents and sister; sparing the little girl, they raised her as their own. Recently recovered by the U.S. Army, the ten-year-old with blue eyes and hair the color of maple sugar has once again been torn away from the only home and family she knows. The captain's sense of duty and of compassion propels him to accept, though he knows the journey will be long and difficult.

Winding through unsettled territory and unforgiving terrain, the four-hundred-mile odyssey south proves dangerous as well. A corrupt Reconstruction administration runs the state government, and anarchy and lawlessness have taken hold. The captain must watch for thieves, Comanches and Kiowas, and the federal army--and corral the wild Johanna. Small and thin, the despondent child has forgotten the English language, tries to escape at every opportunity, throws away her shoes, and refuses to act "civilized." Yet as the miles pass, the wary Johanna slowly draws closer to the man she calls "Kep-dun," and the two lonely survivors forge a bond that marks the difference between life and death in this treacherous land.

But in San Antonio another hurdle awaits, one that will force this respectable man to make a terrible choice that will determine Johanna's fate--and his own.

Unfolding in gorgeous prose, News of the World is a vivid portrait that captures a beautiful and hostile land, and a masterful eploration of the boundaries of family, responsibility, honor, and trust.

Reacties op: News of the world