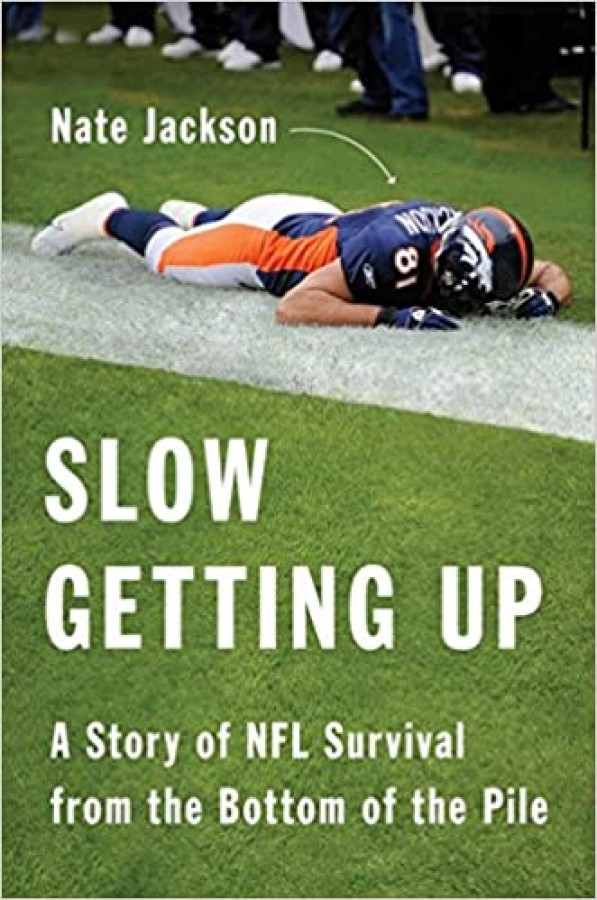 Nate Jackson’s Slow Getting Up is an unvarnished and uncensored memoir of everyday life in the most popular sports league in America—and the most damaging to its players—the National Football League. After playing college ball at a tiny Division III school, Jackson, a receiver, signed as a free agent with the San Francisco 49ers, before moving to the Denver Broncos. For six seasons in the NFL as a Bronco, he alternated between the practice squad and the active roster, eventually winning a starting spot—a short, tenuous career emblematic of the average pro player. Drawing from his own experience, Jackson tells the little known story of the hundreds of everyday, "expendable" players whose lives are far different from their superstar colleagues. From scouting combines to training camps, off-season parties to game-day routines, debilitating physical injuries—including degenerative brain conditions—to poor pensions and financial distress, he offers a funny, and shocking look at life in the NFL, and the young men who risk their health and even their lives to play the game.

Reacties op: Slow Getting Up