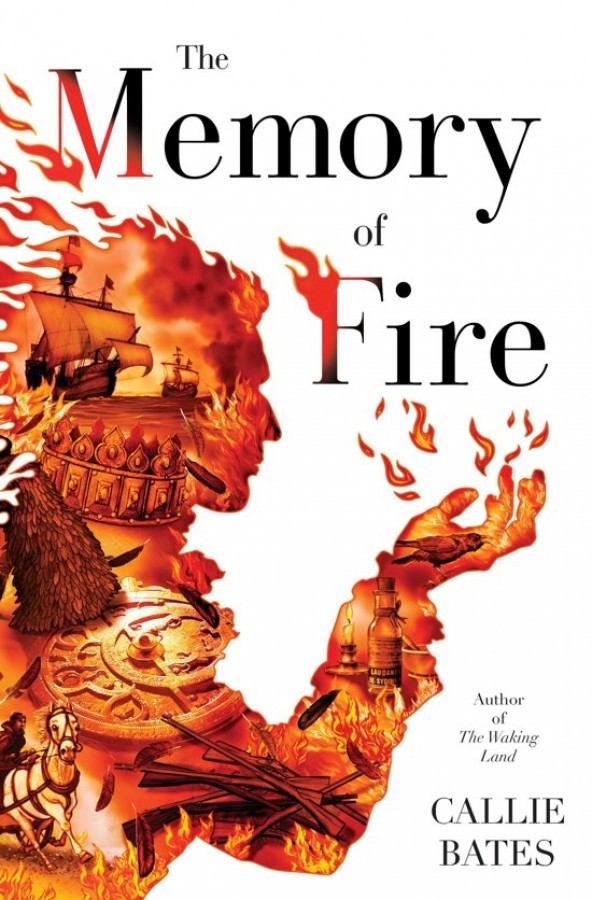 The Memory of Fire

Callie Bates's debut novel, The Waking Land, announced the arrival of a brilliant new talent in epic fantasy. Now, with The Memory of Fire, Bates expertly deepens her tale, spinning glittering threads of magic and intrigue into a vibrant tapestry of adventure, betrayal, mystery, and romance.

Thanks to the magic of Elanna Valtai and the Paladisan noble Jahan Korakides, the lands once controlled by the empire of Paladis have won their independence. But as Elanna exhausts her powers restoring the ravaged land, news that the emperor is readying an invasion spurs Jahan on a desperate mission to establish peace.

Going back to Paladis proves to be anything but peaceful, however. As magic is a crime in the empire, punishable by death, Jahan must hide his abilities. Nonetheless, the grand inquisitor's hunters suspect him of sorcery, and mysterious, urgent messages from the witch who secretly trained Jahan only increase his danger of exposure. Worst of all, the crown prince has turned his back on Jahan, robbing him of the royal protection he once enjoyed.

As word of Jahan's return spreads, long-sheathed knives, sharp and deadly, are drawn again. And when Elanna, stripped of her magic, is brought to the capital in chains, Jahan must face down the traumas of his past to defeat the shadowy enemies threatening his true love's life, and the future of the revolution itself.

Reacties op: The Memory of Fire