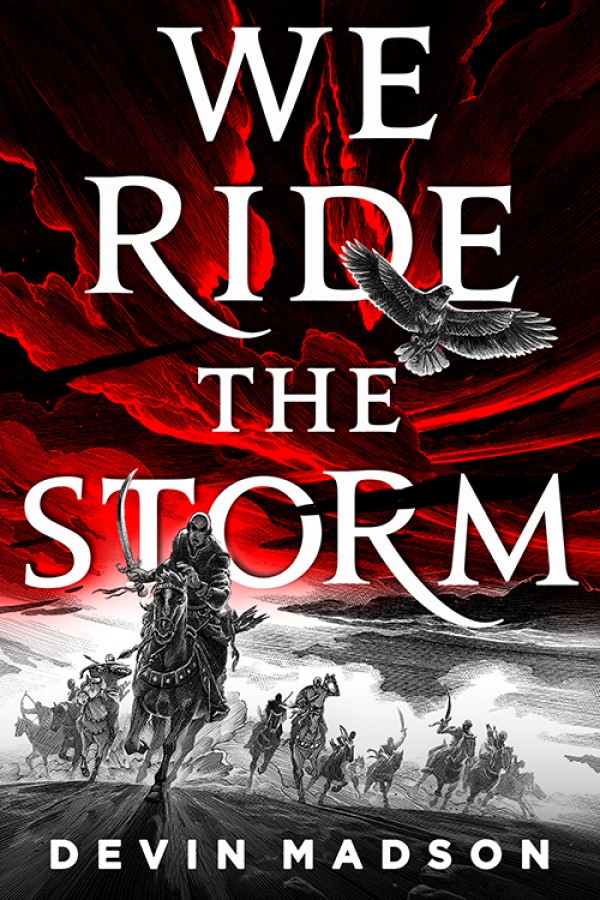 We Ride the Storm

Originally self-published, We Ride the Storm charged into Mark Lawrence’s Self-Published Fantasy Blog-Off 2018 and landed in the top 3.

Following an exiled warrior, a cursed assassin and a power-hungry princess as they chase their own ambitions no matter the cost, it’s a propulsive tale that will keep you up way past your bedtime convinced you’ll only read one more chapter. War built the Kisian Empire. War will tear it down. Seventeen years after rebels stormed the streets, factions divide Kisia. Only the firm hand of the god-emperor holds the empire together. But when a shocking betrayal destroys a tense alliance with neighboring Chiltae, all that has been won comes crashing down. In Kisia, Princess Miko Ts’ai is a prisoner in her own castle. She dreams of claiming her empire, but the path to power could rip it, and her family, asunder. In Chiltae, assassin Cassandra Marius is plagued by the voices of the dead. Desperate, she accepts a contract that promises to reward her with a cure if she helps an empire fall. And on the border between nations, Captain Rah e’Torin and his warriors are exiles forced to fight in a foreign war or die. As an empire dies, three warriors will rise. They will ride the storm or drown in its blood.