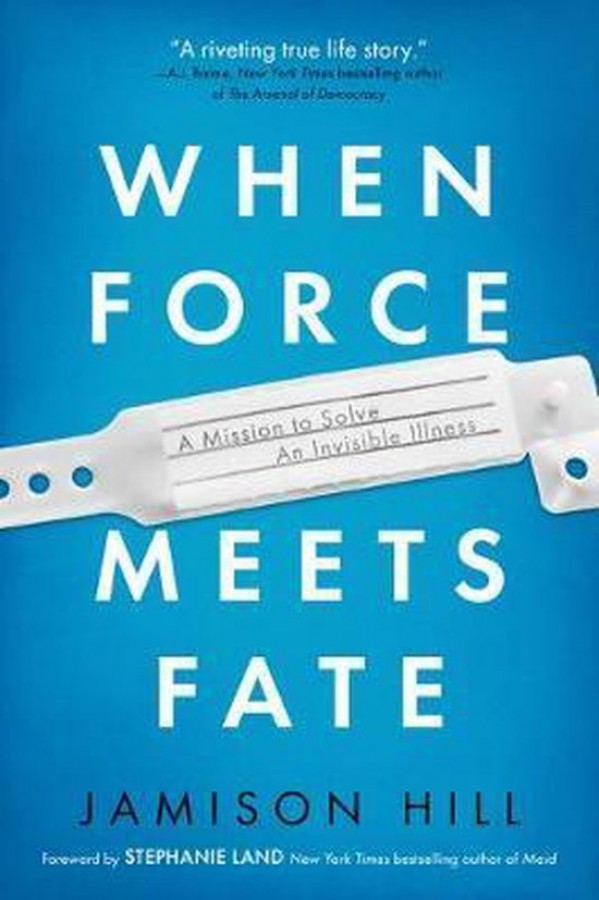 At age twenty-two, Jamison Hill was a fitness instructor and competitive bodybuilder who could lift more than four hundred pounds. Five years later, after surviving a tragic car accident that killed the other driver, a rare disease left Jamison bedridden and too weak to hold a water glass. He spent every day lying motionless in bed, his body paralyzed by pain and weakness, his mind hijacked by flashes of crunched metal, broken windshields, and exploding gas tanks. After months of being too sick to express himself, Jamisons health began to improve along with his ability to tell his story. When Force Meets Fate is an unflinching exploration of the human condition, notably how our limitations and strengths shape our identities and how unexpected events can inevitably alter those perceptions. Its a story of perseveranceof sheer will and unrelenting fightbut also of overcoming lifes toughest challenges through the power of vulnerability, and how freeing it can be to surrender to the unpredictability of circumstances out of our control.