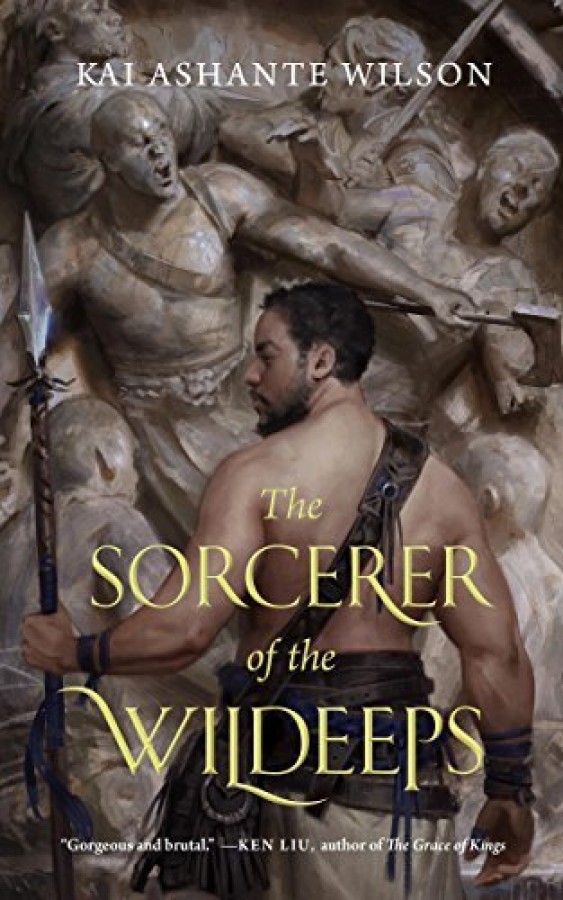 The Sorcerer of the Wildeeps

Critically acclaimed author Kai Ashante Wilson makes his commercial debut with this striking, wondrous tale of gods and mortals, magic and steel, and life and death that will reshape how you look at sword and sorcery.

Since leaving his homeland, the earthbound demigod Demane has been labeled a sorcerer. With his ancestors' artifacts in hand, the Sorcerer follows the Captain, a beautiful man with song for a voice and hair that drinks the sunlight.

The two of them are the descendants of the gods who abandoned the Earth for Heaven, and they will need all the gifts those divine ancestors left to them to keep their caravan brothers alive.

The one safe road between the northern oasis and southern kingdom is stalked by a necromantic terror. Demane may have to master his wild powers and trade humanity for godhood if he is to keep his brothers and his beloved captain alive.

Reacties op: The Sorcerer of the Wildeeps