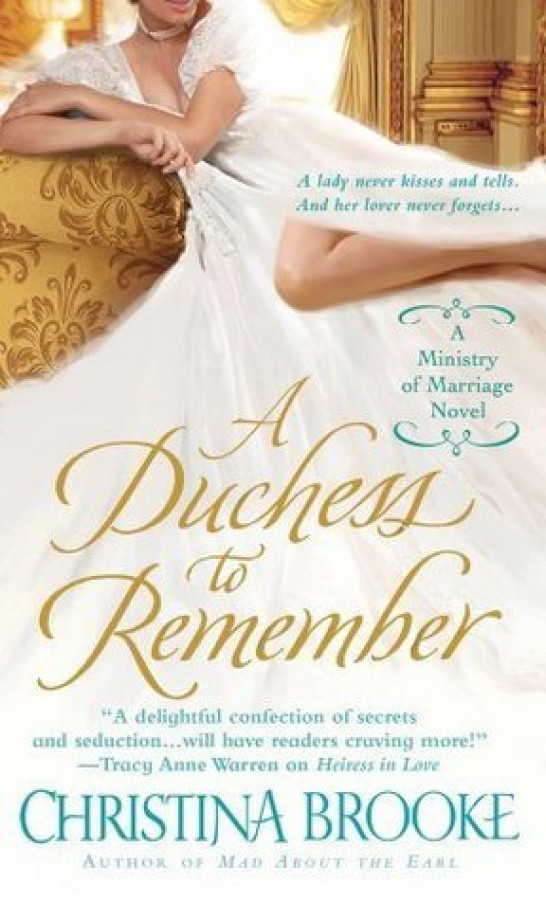 A Duchess to Remember

A Practical Engagement Lady Cecily Westruther is nothing if not practical. By agreeing to marry an older duke who already has an heir and a mistress, she can assume a wifely role—without the wifely duties. Only one thing stands in her way—a letter that could destroy her betrothal. Desperate to retrieve that letter, Cecily must match wits with the most dangerously seductive man she's ever known. A Passionate Marriage Disguised as a footman, Cecily gains entry to her adversary's house—only to be unmasked by London's most powerful man. Rand, Duke of Ashburn, is accustomed to getting any woman he wants—and he wants Cecily. He will stop at nothing, including seduction, to make her his. But Rand holds a secret more shocking and destructive than that letter could ever be.