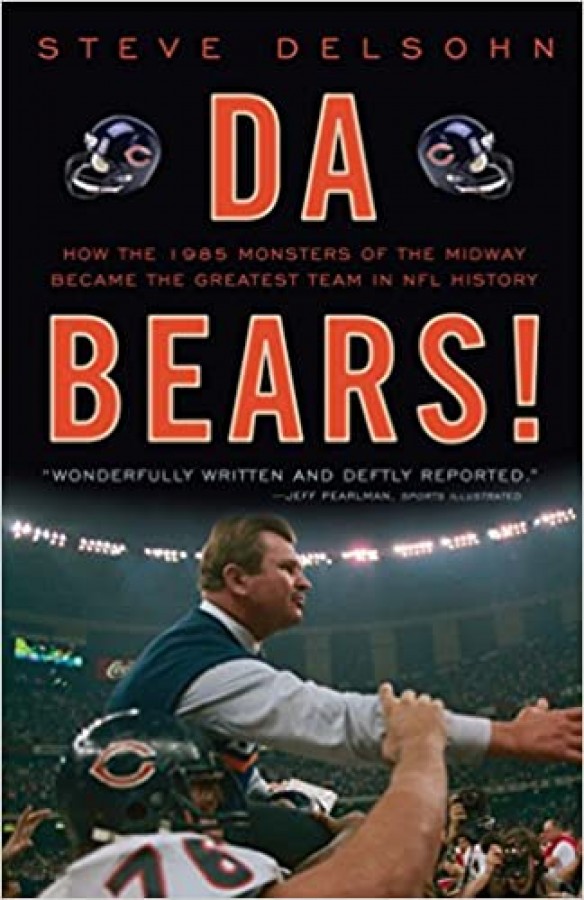 An acclaimed sports journalist and native Chicagoan tackles what many call the greatest team in NFL history. Da Bears! tells the full story of the ’85 legends—with all the contro­versy and excitement—on the field and off. It’s been 25 years since the Chicago Bears won Super Bowl XX with what Bill Parcells called “the best de­fensive team I’ve ever seen” and an offense surprisingly good for a franchise where offense was often a dirty word. Now, for the first time, an incredibly candid book takes you through all the games and behind the scenes—into the huddles, the locker rooms, the team meetings, and of course the bars—for an intimate ac­count of that unforgettable season. Here’s how a team that got booed in its regular-season opener ended up winning its first world cham­pionship in 22 years, led by the most capable, colorful, and un-PC characters ever to strap on helmets—including Jim McMahon, the hard partyer and so-called punk rocker who became a star quarterback and an antihero; William “Refrigerator” Perry, the rookie giant who turned into a full-blown national sensation; Mike Ditka, the legendarily combative head coach called “Sybil” for his mercurial moods; his nemesis, defensive coordinator, Buddy Ryan, who insulted and broke down his players, then built them back up again, military-style; Walter Payton, the hard-nosed running back and mischievous prankster; and middle linebacker Mike Singletary, known for his leadership and his jarring hits. From the inner workings of their innovative and attacking 46 defense to the inside story of their cocky “Super Bowl Shuffle” music video (shot, amazingly, right after their one loss of the season, to Miami), all the setbacks and triumphs, ferocious hits and foibles, of this once-in-a-lifetime team are recaptured brashly and boldly—the Chicago way.