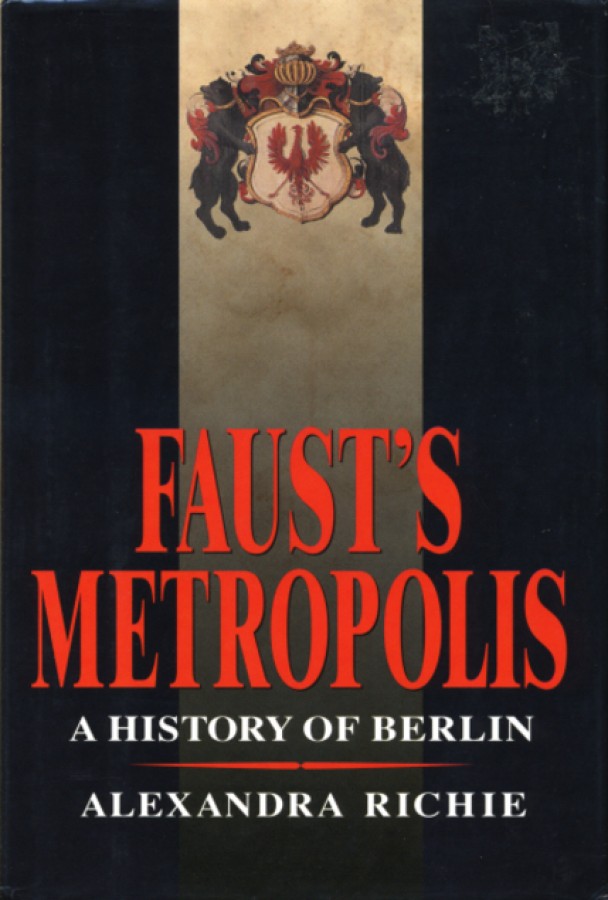 Berlin - called the Schicksal Stadt Deutschlands, the City of German Destiny - has been at the heart of the most important events of not only Germany, but also modern Europe. In this powerful historical narrative, Oxford historian Alexandra Richie follows Berlin from its Medieval foundation to the nation-building dreams of Frederick the Great and Bismarck. Most important, she concentrates on the city during the twentieth century's upheavals: the Weimar Republic's decadent capital; Hitler and Goebbels's fascist metropolis; the city divided by the Cold War. Published to international acclaim, Faust's Metropolis is history at its most enthralling. "Brilliant work . . . the material is all fascinating, and Richie is an excellent descriptive writer." - New York Review of Books "Thoroughgoing and engrossing" - Peter Gay, author of My German Question "Outstanding . . . brilliantly written" - Michael Howard, Times Literary Supplement "Magnificent . . . should be required reading for anyone with any curiosity about where Europe has been and where it is going" - Piers Paul Read, Sunday Telegraph "A compelling narrative" - Philadelphia I