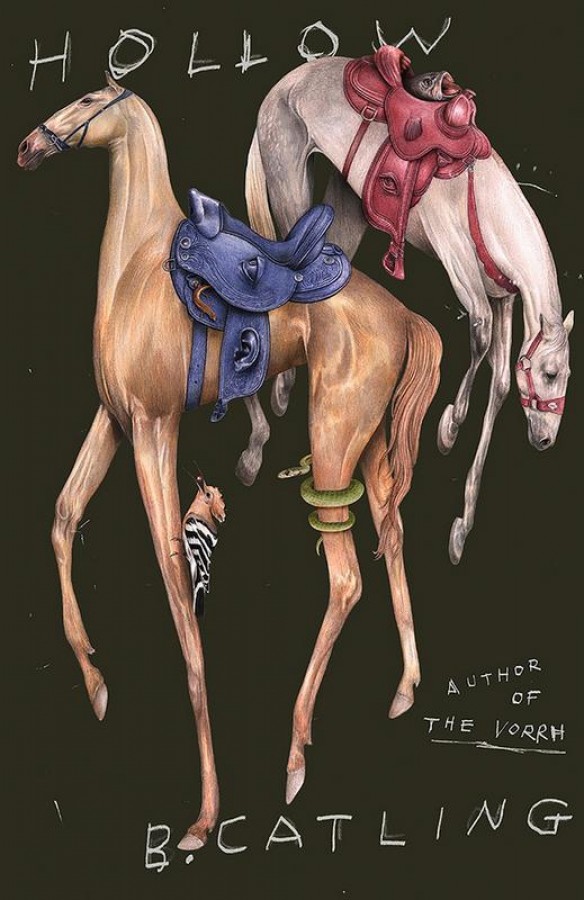 From the acclaimed author of the Vorrh Trilogy comes an epic odyssey following a group of mercenaries hired to escort a divine oracle on a long journey amidst a war between the living and the dead.

Sheltering beneath Das Kagel, the cloud-scraping structure rumored to be the Tower of Babel, the sacred Monastery of the Eastern Gate descends into bedlam. Their ancient oracle, Quite Testiyont--whose prophesies helped protect the church--has died, leaving the monks vulnerable to the war raging between the living and the dead. Tasked by the High Church to deliver a new oracle, Barry Follett and his group of hired mercenaries are forced to confront wicked giants and dangerous sirens on their mission, keeping the divine creature alive by feeding it marrow and confessing their darkest sins.

But as Follett and his men carve their way through the treacherous landscape, the world around them spirals deeper into chaos. Dominic, a young monk who has mysteriously lost his voice, makes a pilgrimage to see surreal paintings, believing they reveal the empire's fate; a local woman called Mad Meg hopes to free and vindicate her jailed son and becomes the leader of the most unexpected revolution; and the abbott of the monastery, influential as he is, seeks to gain even more power in this world and the next.