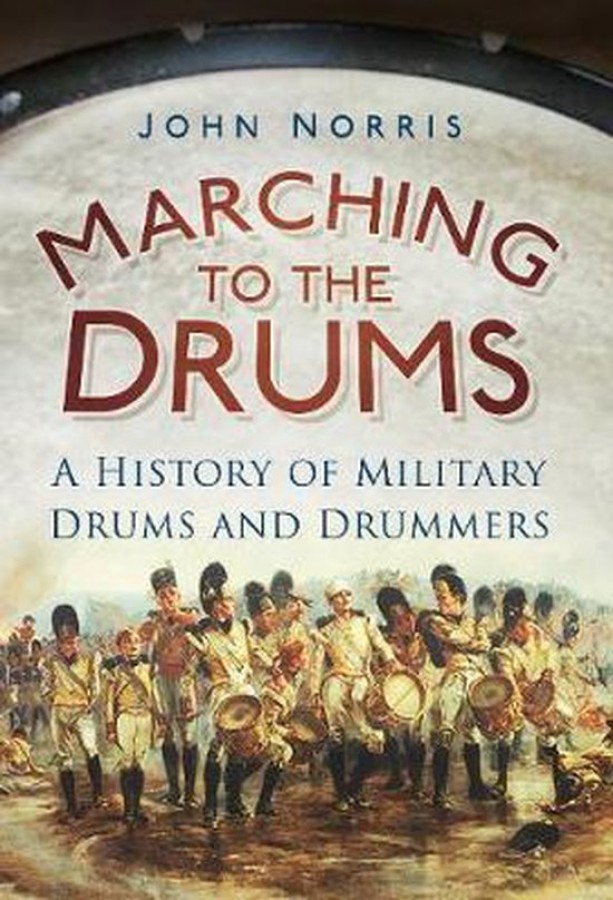 Marching to the Drums

Military drummers have played a crucial role in warfare throughout history. Soldiers marched to battle to the sound of the drums and used the beat to regulate the loading and re-loading of their weapons during the battle. Drummers were also used to raise morale during the fight. This is the first work to chart the rise of drums in military use and how they came to be used on the battlefield as a means of signalling. This use was to last for almost 4,000 years when modern warfare with communications rendered them obsolete. Even so, drummers continued to serve in the armies of the world and performed many acts of heroism as the served as stretcher bearers to rescue the wounded from the battlefield. From ancient China, Egypt and the Mongol hordes of Genghis Khan the drum was used on the battlefield. The 12th century Crusaders helped re-introduce the drum to Europe and during the Napoleonic Wars of the 18th and 19th centuries the drum was to be heard resonating across Europe. Drummers had to flog their comrades and beat their drums on drill parade. Today they are ceremonial but this work tells how they had to face enemies across the battlefield with only their drum.

Reacties op: Marching to the Drums