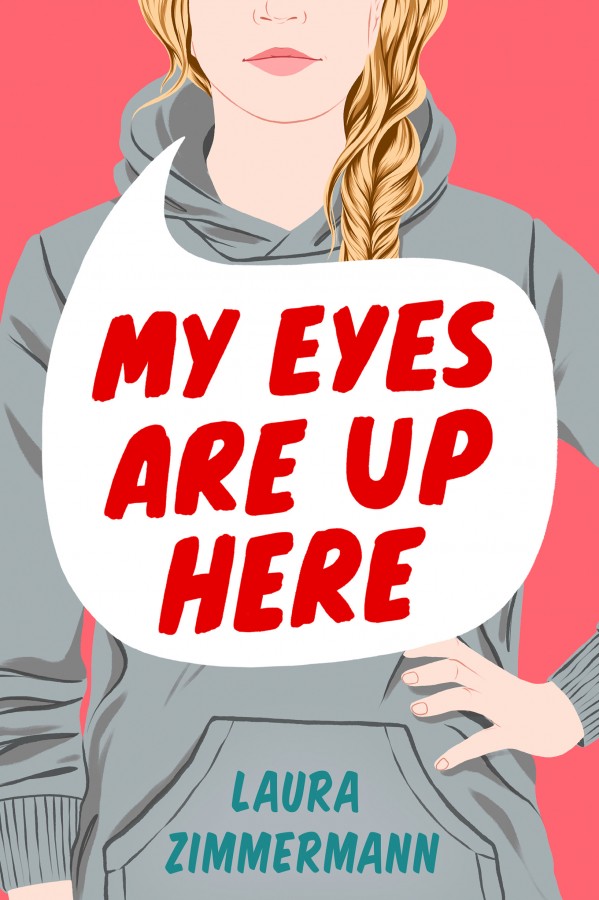 My Eyes Are Up Here

Insightful, frank, and funny, My Eyes Are Up Here is a razor-sharp debut about a teenage girl struggling to rediscover her sense of self in the year after her body decided to change all the rules.
A "monomial" is a simple algebraic expression consisting of a single term. 30H, for example. Fifteen-year-old Greer Walsh hasn't been fazed by basic algebra since fifth grade, but for the last year, 30H has felt like an unsolvable equation - one that's made her world a very small, very lonely place. 30H is her bra size - or it was the last time anyone checked. She stopped letting people get that close to her with a tape measure a while ago.
Ever since everything changed the summer before ninth grade, Greer has felt out of control. She can't control her first impressions, the whispers that follow, or the stares that linger after. The best she can do is put on her faithful XXL sweatshirt and let her posture - and her expectations for other people - slump.
But people - strangers and friends - seem strangely determined to remind her that life is not supposed to be this way. Despite carefully avoiding physical contact and anything tighter than a puffy coat, Greer finds an unexpected community on the volleyball squad, the team that hugs between every point and wears a uniform "so tight it can squeeze out tears." And then there's Jackson Oates, newly arrived at her school and maybe actually more interested in her banter than her breasts.
Laura Zimmermann's debut is both laugh-out-loud funny and beautifully blunt, vulnerable and witty, heartbreaking and hopeful. And it will invite listeners to look carefully at a girl who just wants to be seen for all she is.

Artikelen over My Eyes Are Up Here