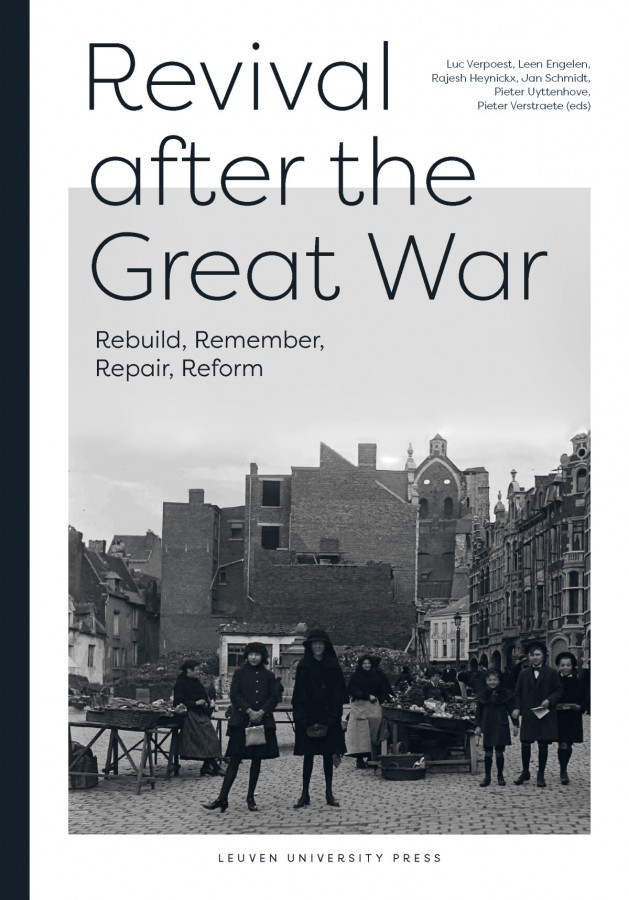 Revival After the Great War

In the months and years immediately following the First World War, the many (European) countries that had formed its battleground were confronted with daunting challenges. These challenges varied according to the countries' earlier role and degree of involvement in the war but were without exception enormous. The contributors to this book analyse how this was not only a matter of rebuilding ravaged cities and destroyed infrastructure, but also of repairing people’s damaged bodies and upended daily lives, and rethinking and reforming societal, economic and political structures. These processes took place against the backdrop of mass mourning and remembrance, political violence and economic crisis. At the same time, the post-war tabula rasa offered many opportunities for innovation in various areas of society, from social and political reform to architectural design. The wide scope of post-war recovery and revival is reflected in the different sections of this book: rebuild, remember, repair, and reform. It offers insights into post-war revival in Western European countries such as Belgium, France, the United Kingdom, Germany, Portugal, Spain, and Italy, as well as into how their efforts were perceived outside of Europe, for instance in Argentina and the United States.
Luc Verpoest is emeritus professor of architectural history and conservation at KU Leuven. Leen Engelen is historian of media and visual culture at LUCA School of Arts/KU Leuven and Antwerp University. Rajesh Heynickx is intellectual historian at KU Leuven, Faculty of Architecture. Jan Schmidt is historian of modern and contemporary Japan at KU Leuven, focusing on political and media history. Pieter Uyttenhove is associate professor of history and theory of urbanism at Ghent University. Pieter Verstraete is associate professor of history of education at KU Leuven.