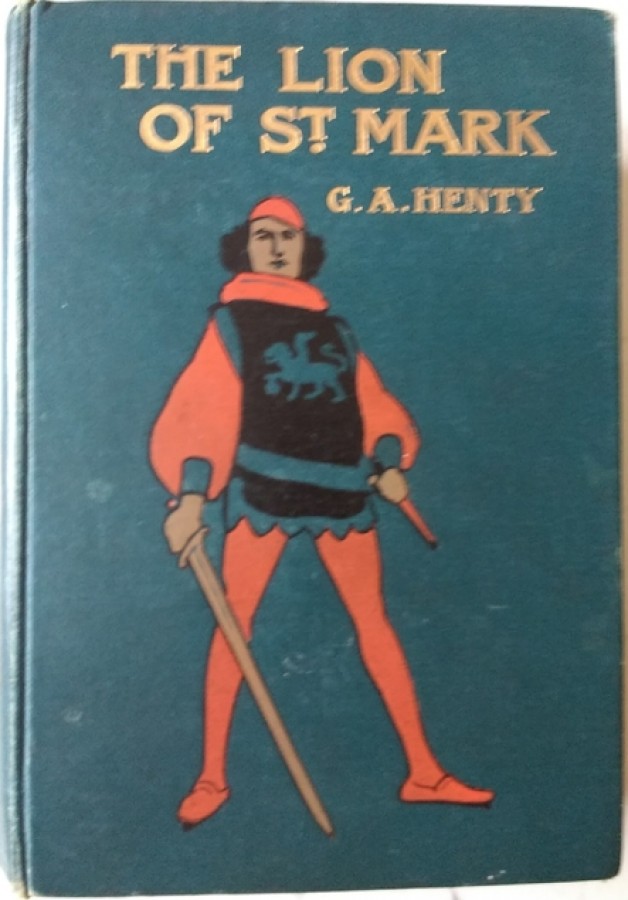 The Lion of St. Mark

Historical novel. According to the Preface: ''Of all the chapters of history, there are few more interesting or wonderful than that which tells the story of the rise and progress ofVenice. Built upon a few sandy islands in a shallow lagoon, and originally founded by fugitives from the mainland, Venice became one of the greatest and most respected powers of Europe. She was mistress of the sea; conquered and ruled over a considerable territory bordering on the Adriatic; checked the rising power of the Turks; conqueredConstantinople; successfully defied all the attacks of her jealous rivals to shake her power; and carried on a trade relatively as great as that of England in the present day. I have laid my story in the time not of the triumphs of Venice, but of her hardest struggle for existence--when she defended herself successfully against the coalition of Hungary, Padua, and Genoa--for never at any time were the virtues of Venice, her steadfastness, her patriotism, and her willingness to make all sacrifice.. According to Wikipedia: ''George Alfred Henty (8 December 1832 - 16 November 1902), referred to as G. A. Henty, was a prolific English novelist, special correspondent, and Imperialist born in Trumpington, Cambridgeshire, England. He is best known for his historical adventure stories that were popular in the late 19th century. His works include Out on the Pampas (1871), The Young Buglers (1880), With Clive in India (1884) and Wulf the Saxon (1895).''