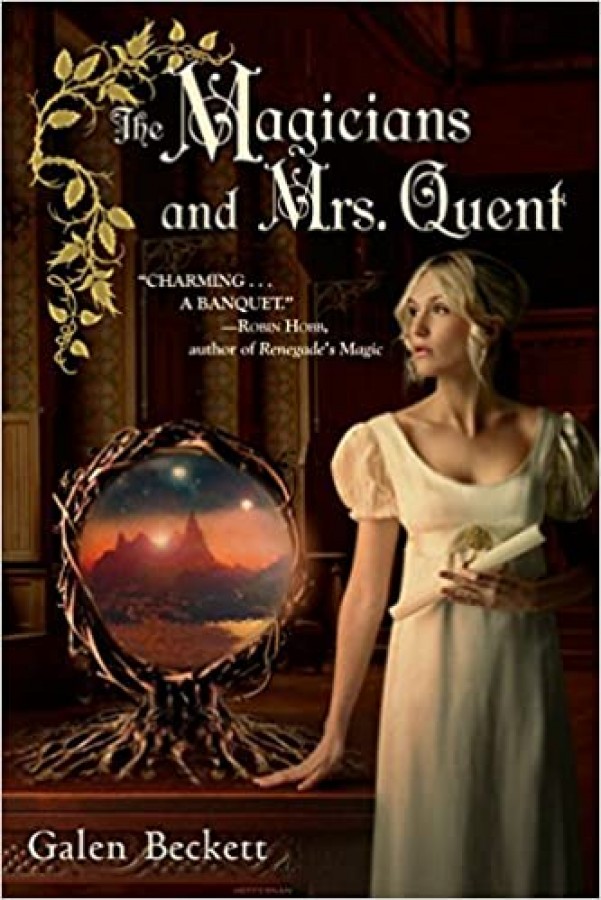 The Magicians and Mrs Quent

Of the three Lockwell sisters–romantic Lily, prophetic Rose, and studious, book-loving Ivy–it’s Ivy, the eldest, who’s held the family together after their father’s silent retreat to the library upstairs. Everyone blames Mr. Lockwell’s malady on his magickal studies, but Ivy still believes–both in magick and in its power to bring her father back. Yet it is not until Ivy takes a job with the reclusive Mr. Quent that she discovers the fate she shares with a secret society of highwaymen, revolutionaries, illusionists, and spies who populate the island nation of Altania. It’s a fate that will determine whether Altania faces a new dawn–or an everlasting night.