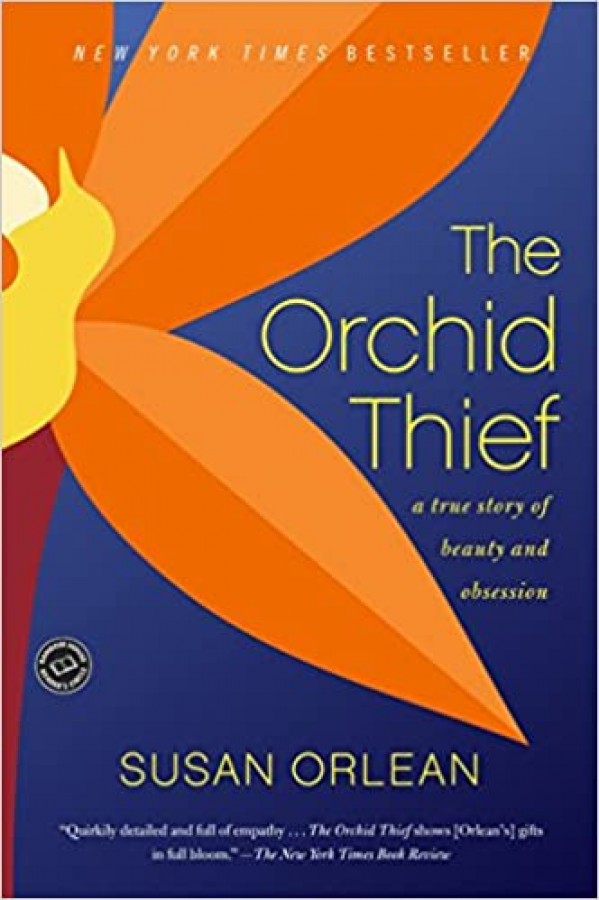 The Orchid Thief is Susan Orlean’s tale of an amazing obsession. Determined to clone an endangered flower—the rare ghost orchid Polyrrhiza lindenii—a deeply eccentric and oddly attractive man named John Laroche leads Orlean on an unforgettable tour of America’s strange flower-selling subculture, through Florida’s swamps and beyond, along with the Seminoles who help him and the forces of justice who fight him. In the end, Orlean—and the reader—will have more respect for underdog determination and a powerful new definition of passion.