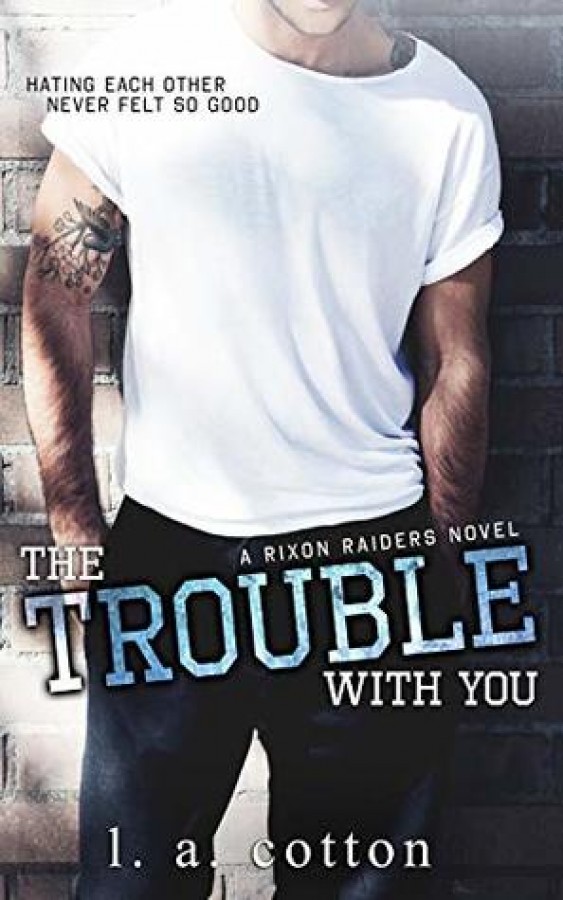 The Trouble with You

From the author of the Wicked Bay series, comes an angsty YA/NA enemies-to-lovers romance. Cocky football players, school rivalry, and the girls who get in their way. Get ready … The Raiders are coming! Hailee Raine only has to survive one more year. One year of life in her football obsessed town. One year of nauseating school spirit. Just one more year of her cruel step-brother Jason; and his cocky, arrogant, football-playing friends. She hates them. Especially, Cameron Chase, the guy she thought was different. Cameron Chase has the world at his feet. He has it all; good looks, talent, and the charm to go with it. He has colleges lined up at the door, all wanting a piece of Rixon Raiders star wide receiver. Until something threatens everything he's ever worked for, and only one person can quiet the war raging inside him. But he's supposed to hate her; his best friend's sister. She's off-limits. Untouchable. She's trouble with a capital T. Then Hailee finds herself in the middle of a football prank gone wrong... And suddenly hating each other never felt so good. The Trouble With Youis the first book in The Rixon Raiders series. All books in this series can be read as standalones!

Reacties op: The Trouble with You