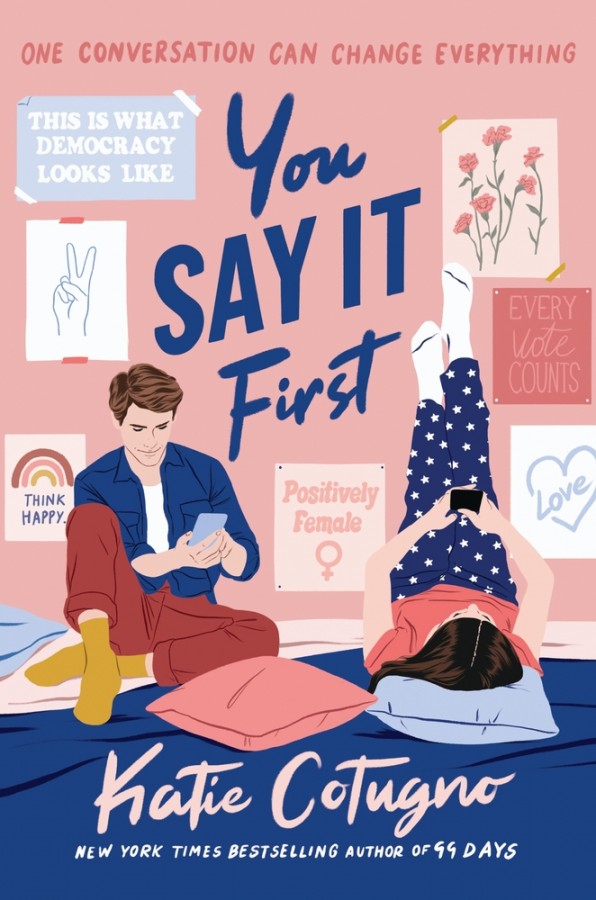 You Say It First

An addictive, irresistible YA novel about two teens from different sides of the political spectrum who fall for each other after a voter registration call turns into a long-distance romance —from the New York Times bestselling author of 99 Days.

One conversation can change everything.

Meg has her entire life set up perfectly: she and her best friend, Emily, plan to head to Cornell together in the fall, and she works at a voter registration call center in her Philadelphia suburb. But everything changes when one of those calls connects her to a stranger from small-town Ohio.

Colby is stuck in a rut, reeling from a family tragedy and working a dead-end job. The last thing he has time for is some privileged rich girl preaching the sanctity of the political process. So he says the worst thing he can think of and hangs up.

But things don’t end there.…

That night on the phone winds up being the first in a series of candid, sometimes heated, always surprising conversations that lead to a long-distance friendship and then—slowly—to something more. Across state lines and phone lines, Meg and Colby form a once-in-a-lifetime connection. But in the end, are they just too different to make it work?

You Say It First is a propulsive, layered novel about how sometimes the person who has the least in common with us can be the one who changes us most.