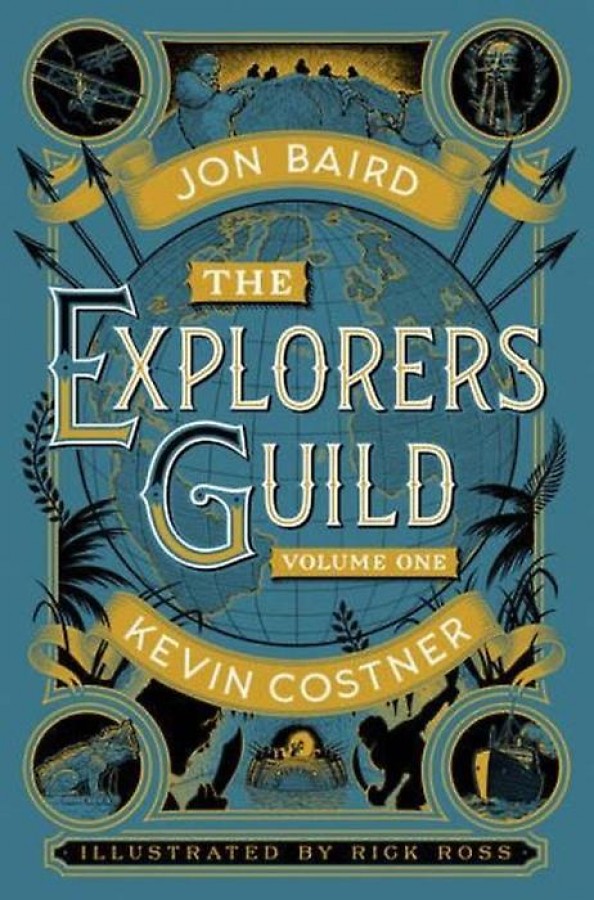 Return to the golden age of adventure with this gorgeously wrought, action-packed, globetrotting tale that combines the bravura storytelling of Kipling with the irresistible, illustrative style of Herge's Adventures of Tintin.

Behind the staid public rooms of an old world gentlemen's club operates a more mysterious organization: The Explorers Guild, a clandestine group of adventurers who bravely journey to those places in which light gives way to shadow and reason is usurped by myth. The secrets they seek are hidden in mountain ranges and lost in deserts, buried in the ocean floor and lodged deep in polar ice. The aim of The Explorers Guild: to discover the mysteries that lie beyond the boundaries of the known world.

This beautifully produced combination graphic novel and adventure tale, set against the backdrop of World War I, concerns the Guild's quest to find the golden city of Buddhist myth. The search will take them from the Polar North to the Mongolian deserts, through the underground canals of Asia to deep inside the Himalayas, before the fabled city finally divulges its secrets and the globe-spanning journey plays out to its startling conclusion.

Artikelen over The Explorers' Guild