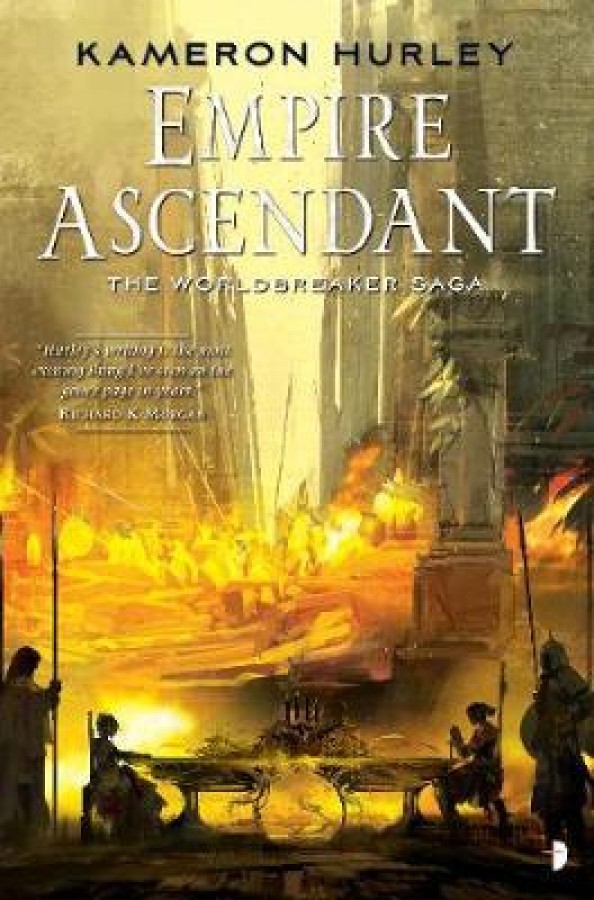 Loyalties are tested when worlds collide…

Every two thousand years, the dark star Oma appears in the sky, bringing with it a tide of death and destruction. And those who survive must contend with friends and enemies newly imbued with violent powers. The kingdom of Saiduan already lies in ruin, decimated by invaders from another world who share the faces of those they seek to destroy.

Now the nation of Dhai is under siege by the same force. Their only hope for survival lies in the hands of an illegitimate ruler and a scullery maid with a powerful – but unpredictable –magic. As the foreign Empire spreads across the world like a disease, one of their former allies takes up her Empress’s sword again to unseat them, and two enslaved scholars begin a treacherous journey home with a long-lost secret that they hope is the key to the Empire’s undoing.

But when the enemy shares your own face, who can be trusted?

In this devastating sequel to The Mirror Empire, Kameron Hurley transports us back to a land of blood mages and sentient plants, dark magic, and warfare on a scale that spans worlds.

File Under: Fantasy [ Empire on Fire | Duplicates at War | The Royal Exchange | All Will Fall ]