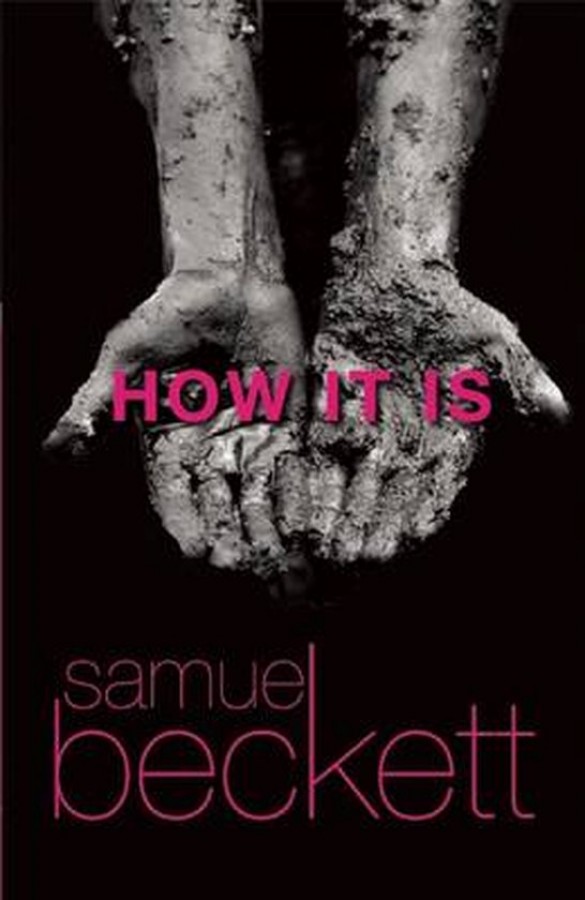 How It Is is a novel by Samuel Beckett first published in French as Comment c’est by Les Editions de Minuit in 1961. Grove Press published Beckett’s English translation in 1964. The title is Beckett’s literal translation of the French phrase, comment c’est (how it is), a pun on the French verb commencer or ‘to begin’. The text is divided into three parts: 1. “before Pim” – the solitary narrator journeys in the mud-dark until he encounters another creature like himself thereby forming a “couple”. 2. “with Pim” – the narrator is motionless in the mud-dark until he is abandoned by Pim. 3. “after Pim” – the narrator returns to his earlier solitude but without motion in the mud-dark. In a letter (April 6, 1960) to Donald McWhinnie at BBC Radio Drama, Beckett explained his strange text as the product of a ” ‘man’ lying panting in the mud and dark murmuring his ‘life’ as he hears it obscurely uttered by a voice inside him… The noise of his panting fills his ears and it is only when this abates that he can catch and murmur forth a fragment of what is being stated within… It is in the third part that occurs the so-called voice ‘quaqua’, its interiorisation and murmuring forth when the panting stops. That is to say the ‘I’ is from the outset in the third part and the first and second, though stated as heard in the present, already over.”

Reacties op: How It Is