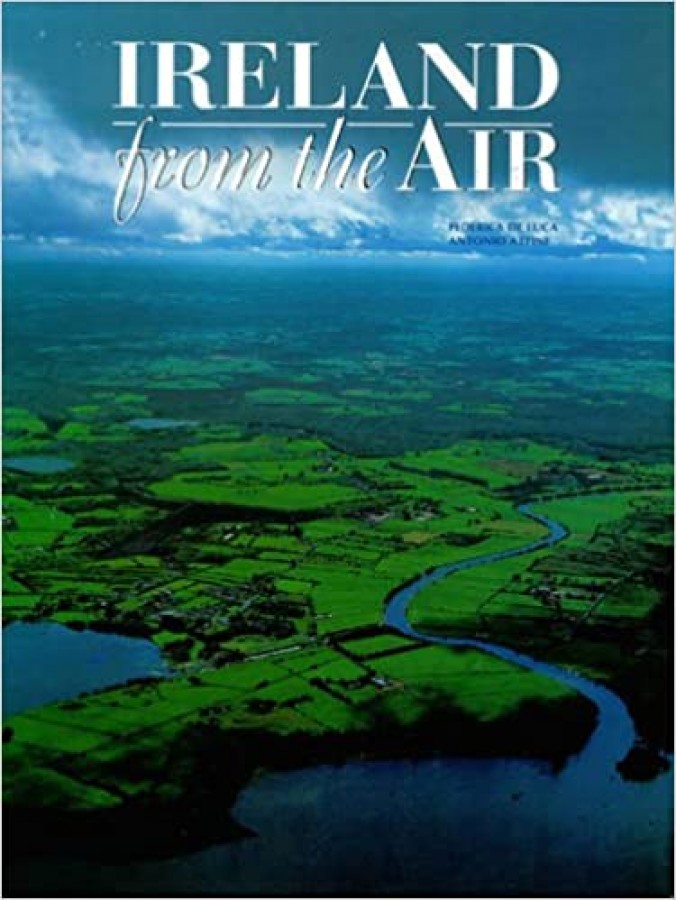 Ireland From the Air

Riding the clouds through the skies of Ireland, photographer Antonio Attini has captured a vision of the Emerald Isle that transcends geography and landscape. He has compiled a highly personal and magical tribute. From above, perhaps the best vantage point from which to reveal the secrets and the essence of the island, the rugged land appears as a variegated palette of colors in which the presence of man has yet to prevail over nature. Here the traditional values of the land and the sea still hold sway and the landscapes have provided quiet inspiration for artists and storytellers alike. This is the Ireland of endless pastures and the geometry of drystone walls; the Ireland of cliffs plunging sheer into the blue of the ocean; the Ireland of islands and archipelagos still anchored to ancient traditions immersed in a simplicity that time has overlooked and that passes in front of the reader's eyes in a glorious flight, a playful alternation of dappled sunlight and crepuscular mists. Our point of departure is the pulsing heart of the country, Dublin, a capital city that has expanded in recent years without ever losing sight of its origins. From here, image after image, we range over sea and land, from the east to the west of the country in search of small towns and picturesque fishing villages. We fly over peat bogs and the remains of barren moors amidst memories of Celts and Vikings testifying to the convulsive history, poverty and dignified suffering of centuries past. We linger over numerous archaeological sites and monasteries cloaked in mystery, where the lives of saints and legendary heroes nurture magical stories. One island - myriad facets of endless appeal: a journey through reality and imagination which the reader of this book may experience first hand, allowing a free reign to fantasy and emotion. Federica De Luca, was born in Turin and has worked as a journalist since 1980, a passion for the peoples and places of the world leading her to specialize in travel writing. A contributor to national newspapers and leading periodicals, she was formerly the editor of Tracce di Piemonte, and has been the driving force behind numerous publishing ventures. She produced a number of exclusive features for the Italian television company RAI and has subsequently coordinated television programs dealing with tourism and the environment. For the past ten years she has divided her time between journalism and travel consulting. She also acts as a press and image consultant for the Irish Tourist Board. Antonio Attini, was born in Turin in 1960. He began his photographic career early and gained experience quickly. His photographic essays from Europe, Africa, Asia and America have been published in major travel magazines around the world. In addition, he has contributed to, and edited numerous books including "The World from the Air" and "The Holy Land, Yesterday and Today" which was accepted into the library of the Metropolitan Museum of Art in New York. Attini has been awarded the "Gold Circle Kodak European Gold Award" and his work has been shown in galleries throughout Italy.