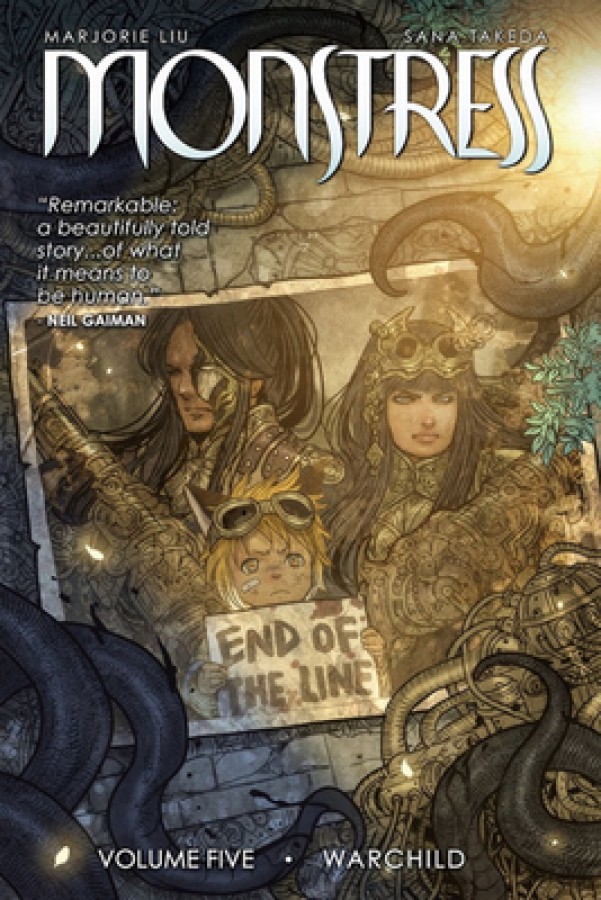 The next volume in the best-selling Eisner, Hugo, Harvey & British Fantasy Award winning series by MARJORIE LIU and SANA TAKEDA! There's no turning back from the long dreaded war between the Federation and Arcanics - a massive human army gathers, ready to destroy the frontier city of Ravenna and enslave its inhabitants. Maika must decide whether to finally embrace her destructive power in the hopes that it can protect her friends - but what will be the consequences of no longer fighting her hunger? Will the repercussions be too much to bear? Collects MONSTRESS issues #25-30