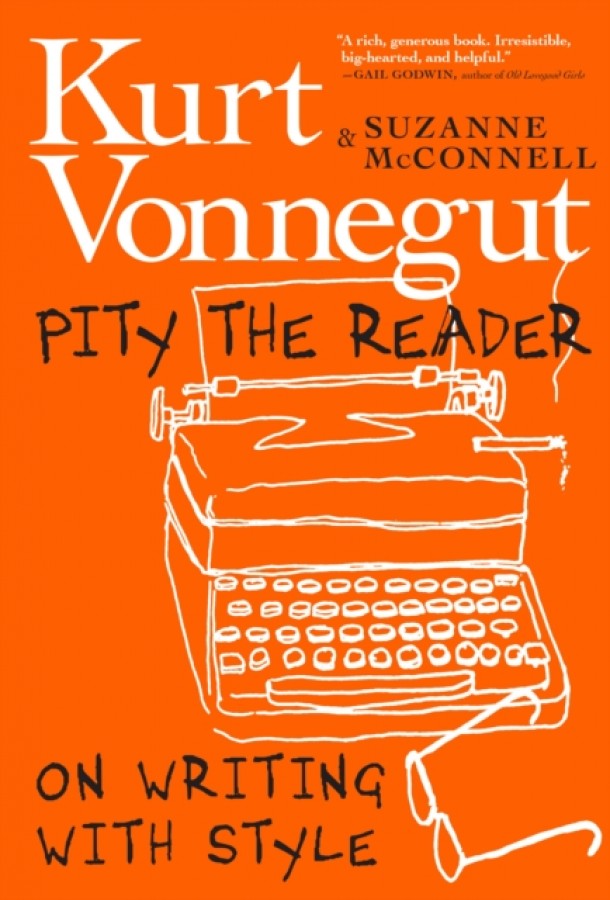 Kurt Vonnegut used to like to say, "Practicing an art form is a way to grow your soul." He would screw up his lips into a prune face after he said this because of how important he believed this idea to be. Pity the Reader is the very embodiment of that idea, a book about writing and life and why the two go together.
It includes rare photos and reproductions, Vonnegut's own account in his own words of how he became a writer and why it matters, and previously untold stories by and about Vonnegut as teacher and friend.
It turns out he was generous to a fault about students' writing, idiosyncratic, a bit tortured and always creative as a teacher, and here in this book that portrait becomes our gateway into getting to know Kurt Vonnegut better than we ever have before as a human being.
Vonnegut recounts that his favorite work of art among all those his children produced "so far" is a letter his daughter Nanette wrote to a disgruntled customer, after he had tormented a new waitress at the restaurant where she had just started working, and then he shares the letter with us. Thus he illustrates his first writing rule: "Find a subject you care about." This book is full of such rare, intimately teachable moments, and they add up to something special. Pity the Reader indeed.