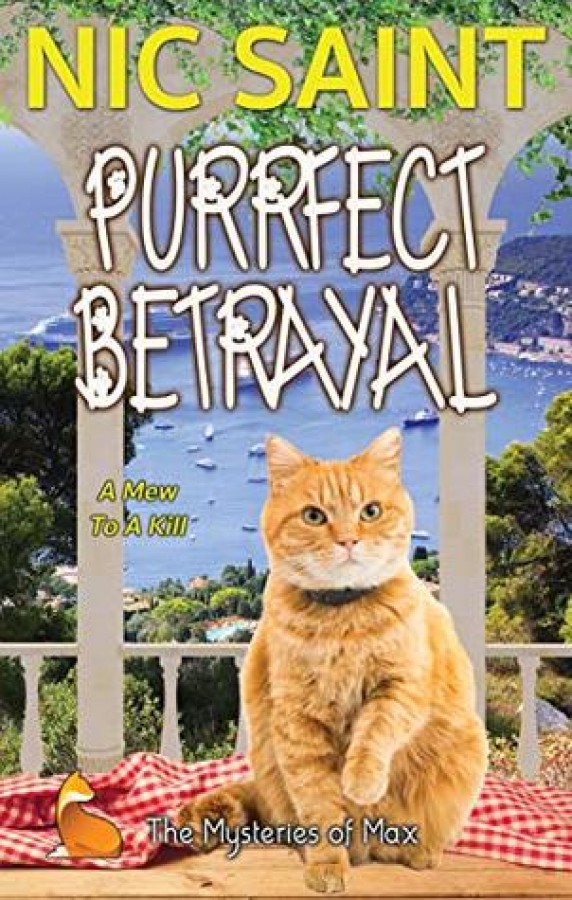 When the ex-wife of notorious Hollywood bad boy actor Jeb Pott is found murdered, the case looks pretty straightforward: the two had just gone through an acrimonious divorce, she was found murdered in his lodge, the actor covered in her blood, the knife next to him on the bed. But a few loose ends bother Odelia more than they should, and when Jeb’s daughter asks her to exonerate her father, Odelia decides to take on the case and prove the impossible.

Aiding and abetting her are her vlogging grandmother, who has a personal score to settle, and Odelia’s extensive cat menagerie. Max and his friends are a little distracted, though, by the three kittens someone has decided to leave on Odelia’s doorstep. It’s not that Max hates kittens—but if he’s totally honest he doesn’t like them all that much either.

Will the kittens win over Max’s heart? Did A-list actor Jeb really kill his ex-wife? And are the ‘vitamins’ Grandma Muffin keeps popping really as innocent as she claims them to be? Find out in Purrfect Betrayal, a cat cozy mystery unlike any other. Come for the mystery, stay for the humor, the warmth, and the feels. Oh, and the kittens, of course.