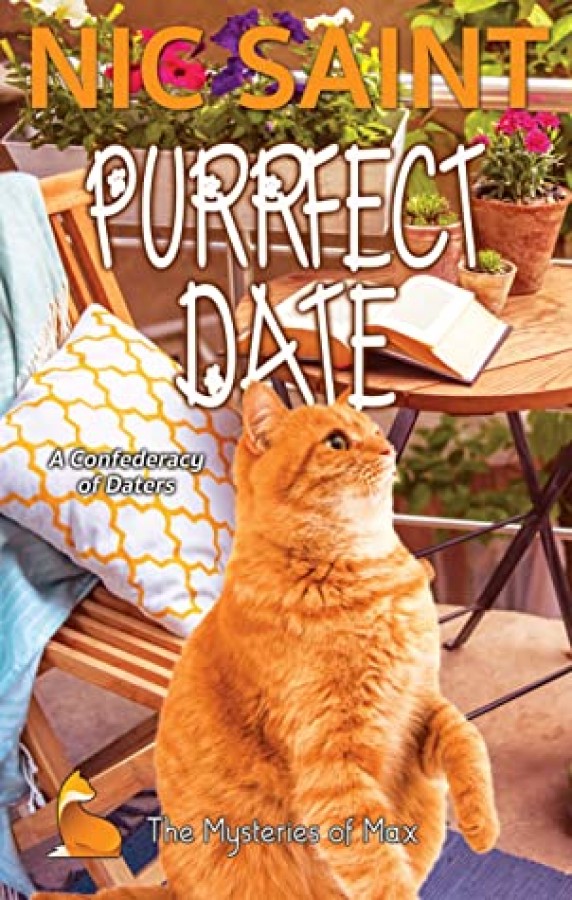 When the well-known and popular dating site Valina Fawn was hacked, and a list of its members leaked online, a lot of people got into a lot of trouble. Men whose wives had no idea of their adulterous ways, wives whose men were surprised at their popularity with the other sex. And as luck would have it, the three men in our family were also on that fateful—or faithless—list, causing Odelia, Marge and Charlene to call an urgent family meeting.

So when Valina Fawn herself, after whom the site had been named, was found murdered, it’s safe to say there was no lack of possible suspects. Was it a jilted wife? A cheating husband? A frustrated investor? Fortunately they could always call 911, where they would be greeted by the sultry tones of Gran or Scarlett, who’d both been engaged as the new dispatchers. Though their peculiar ideas on how to fill the role soon caused tongues to wag.

And then there was Harriet, who, after accidentally swiping right on Pettr, the popular dating site for pets, was being pursued by a sparrow, of all species. Brutus wasn’t happy about it, feeling the sting even more when the sparrow turned out to be no mean serenader.