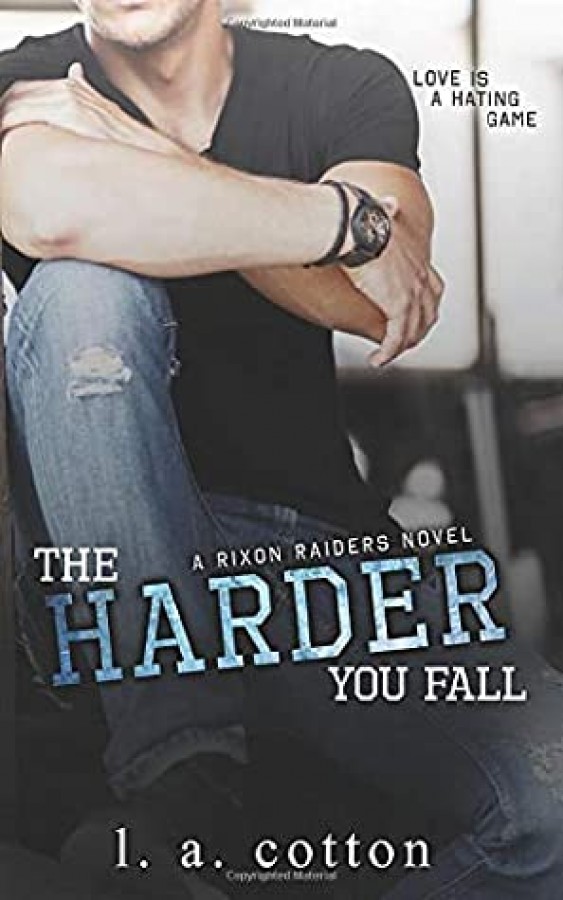 The Harder You Fall

ocky football players, school rivalry, and the girls who get in their way... the Raiders are back for one final play! Mya Hernandez has scars. The kind that run deep and leave marks. Rixon is only supposed to be a temporary place to hide, but it's quickly becoming something more. She's almost certain it has nothing to do with the blond-haired, blue-eyed football player who makes her laugh. Who makes her believe in fairy tales again. Even if she knows her life is destined to be nothing more than a tragedy. Asher Bennet has secrets. Not the scandalous kind, but the ones that fester, slowly eating away at your soul. On the face of it, he's Mr Popular, always down for a party and causing a little mayhem. But on the inside, he just wants someone to see him. Really see him. Too bad the one girl who sees past his facade has already friend-zoned him. It's probably for the best though. She's different. A fighter. She's everything he wants but can never have. Until Mya's past and Asher's present collide in ways neither of them saw coming. And suddenly the thing you need most is the very thing you’re supposed to hate.

Reacties op: The Harder You Fall