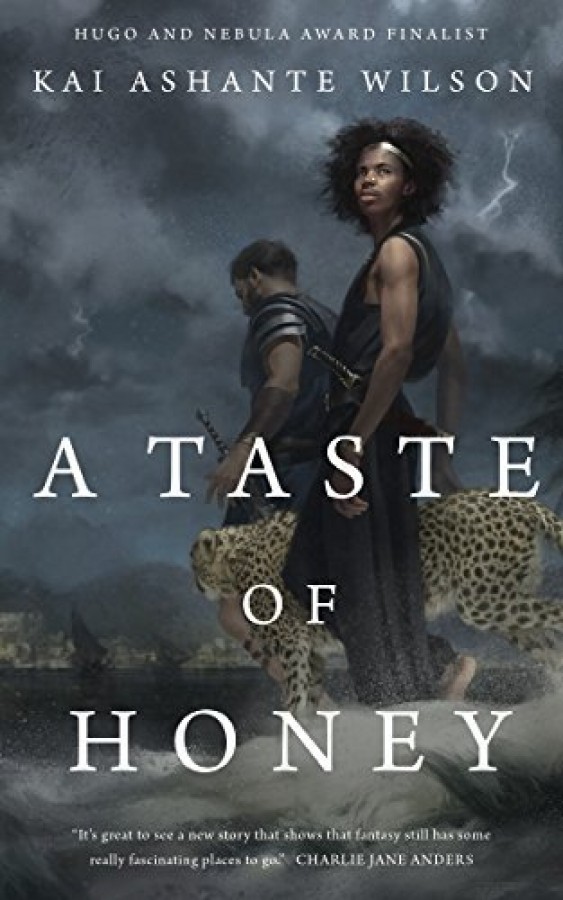 A Taste of Honey

A Taste of Honey is the Hugo, Nebula, World Fantasy, Theodore Sturgeon, and Locus finalist novella that N. K. Jemisin calls "a love story as painful as it is beautiful and complex". One of BookRiot's "Best Books We Read in November."

Long after the Towers left the world but before the dragons came to Daluca, the emperor brought his delegation of gods and diplomats to Olorum. As the royalty negotiates over trade routes and public services, the divinity seeks arcane assistance among the local gods.

Aqib bgm Sadiqi, fourth-cousin to the royal family and son of the Master of Beasts, has more mortal and pressing concerns. His heart has been captured for the first time by a handsome Dalucan soldier named Lucrio. In defiance of Saintly Canon, gossiping servants, and the furious disapproval of his father and brother, Aqib finds himself swept up in a whirlwind gay romance. But neither Aqib nor Lucrio know whether their love can survive all the hardships the world has to throw at them.

Reacties op: A Taste of Honey