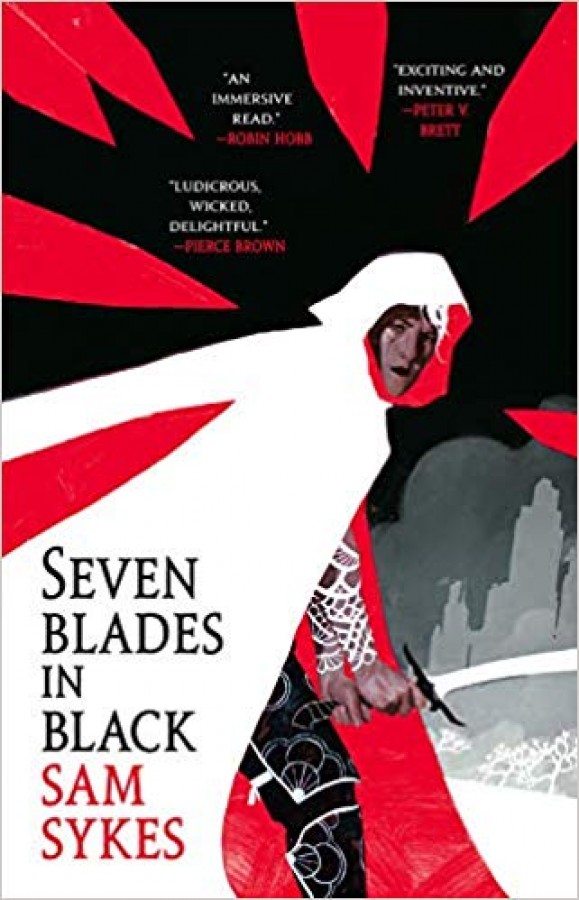 Her magic was stolen. She was left for dead.

Betrayed by those she trusts most and her magic ripped from her, all Sal the Cacophony has left is her name, her story, and the weapon she used to carve both. But she has a will stronger than magic, and knows exactly where to go.

The Scar, a land torn between powerful empires, where rogue mages go to disappear, disgraced soldiers go to die and Sal went with a blade, a gun, and a list of seven names.

Revenge will be its own reward.

" Seven Blades in Black offers villains that are as memorable and unique as the heroes. Action, magic, romance and humor mingle well in this mammoth tale. It's an immersive read in a well realized world."― Robin Hobb, New York Times bestselling author of Fool's Assassin

" Seven Blades in Black is terrific. The tale of Sal the Cacophony is delightfully sarcastic and deeply sorrowful."― Nicholas Eames, author of Kings of the Wyld