As a newborn baby, Shelby Lake was left on the doorstep of Sheriff Tom Ginn who adopted and raised her. She now works as his deputy in the very rural Mittel County. The town is called Avery Weir but is –not surprisingly- known as Everywhere. There’s something with the names in this book both those of places and people, they’re colourful but carefully chosen.
Mittel is one of those counties where everybody knows everyone. When a 10-year-old boy goes missing, the local sheriff’s department isn’t capable of handling the case and the FBI gets involved. Much to the displeasure of her partner, it is Shelby who’s chosen as a liaison person. The little boy is never found but they manage to solve a murder that happened a year earlier. Most people assume that the same man is responsible for Jeremiah’s disappearance.
10 years later, a yellow shuttlecock that may have belonged to the boy turns up in a derelict resort, deep in the woods. This new evidence turns things around and it seems that they can no longer trust the timelines and alibis given at the time.

This is the second book I read by this author and it fulfils all its promises. It’s a rather simple story about the disappearance of a young boy, but it’s masterly told. It’s told in a leisurely pace without getting boring. We get to know most of the people involved in the drama, as well as their family and friends. In one of the last places where your business is your neighbour’s and everybody else’s, you can’t hide smaller or bigger secrets for a long time. One of the themes is this book is this love and care for family, friends and community. What it means to be family and that blood is not the only way to define families.
The book is divided into 2 parts: first, there is the investigation at the time of the disappearance and the second part tells the tale of the final investigation after finding the shuttlecock. Everything you think to know from the first part is being questioned and some of the assumptions are obviously wrong. It’s a tragic story, to be honest. I won’t say much more because that would involve spoilers. Only at the end of the book, do we know everything that has happened at the time of the alleged abduction.
The author has deep compassion and understanding of people with Alzheimer. He tackles the subject with real empathy and serenity. It’s such an ugly disease that will scare most of us but he manages to evoke some of the better moments, even when he describes the gradual deterioration of the sheriff. It must be hard to do something like that.
There’s some unsubtle criticism on the US’ crippling medical costs for working people like Breezy that go bankrupt from simple appendicitis. I really don’t understand what and why they have against universal healthcare. Unfortunately, we don’t have the UK’s NHS over in Belgium and we do have to pay something, but nothing as ludicrous as what Americans pay.
The evocation of county Mittel is also done expertly. It’s almost as if you’re watching a painting in progress. It really sounds like one of the friendliest places in the US and I’d love to settle down in one of those rapidly disappearing hideouts. I hope that I can find similar communities in the remoter parts of France, Ireland or Germany (hey, I want to speak the language and the UK has its Brexit).
If you can read only 10 books this year, this is one you should pick.
I thank NetGalley and Blackstone Publishing for the free ARC they provided me with, this is my honest, unbiased review of it.

Reacties op: One Of The Best Books This Year 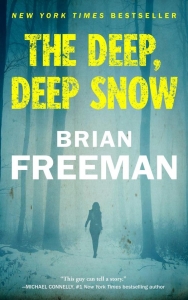