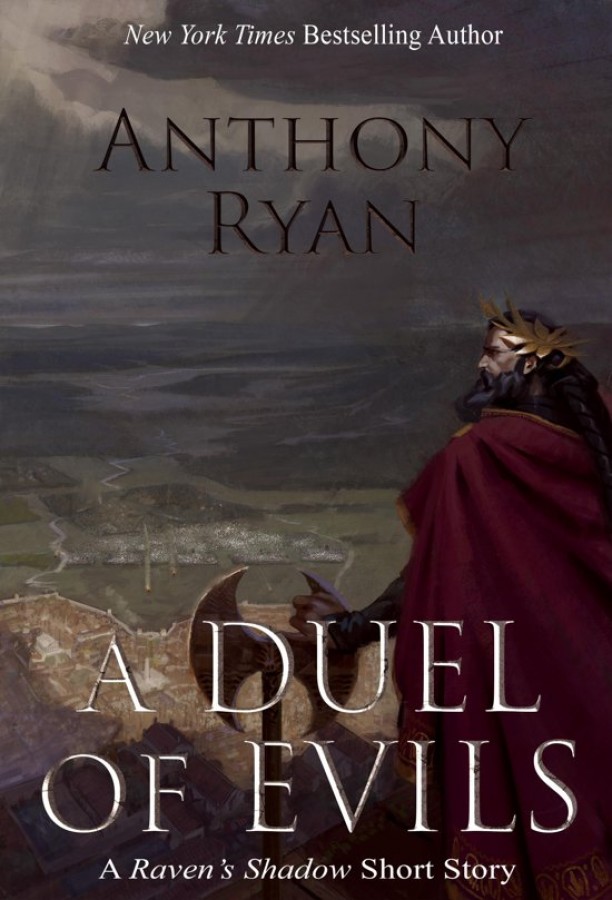 A duel of Evils: A Raven's Shadow Short Story

Legendary warrior King Tavurek marshals his mercenary army to combat a mighty Volarian host led by a man known to history as the Spear-point. In the blood-bath that follows, there can only be one victor. The final battle between the city state of Kethia and the Volarian Empire, as told by Imperial Chronicler Lord Verniers, is an event shrouded in many secrets and, some say, wrought by servants of the Dark.