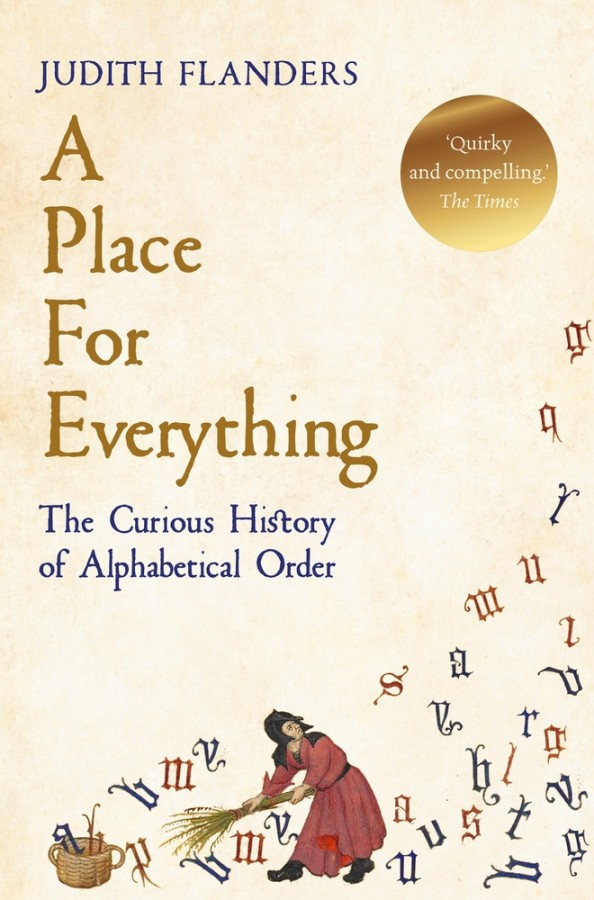 A Place For Everything

A Place for Everything is the first-ever history of alphabetization, from the Library of Alexandria to Wikipedia. The story of alphabetical order has been shaped by some of history's most compelling characters, such as industrious and enthusiastic early adopter Samuel Pepys and dedicated alphabet champion Denis Diderot. But though even George Washington was a proponent, many others stuck to older forms of classification -- Yale listed its students by their family's social status until 1886. And yet, while the order of the alphabet now rules -- libraries, phone books, reference books, even the order of entry for the teams at the Olympic Games -- it has remained curiously invisible.

With abundant inquisitiveness and wry humor, historian Judith Flanders traces the triumph of alphabetical order and offers a compendium of Western knowledge, from A to Z.

Reacties op: A Place For Everything