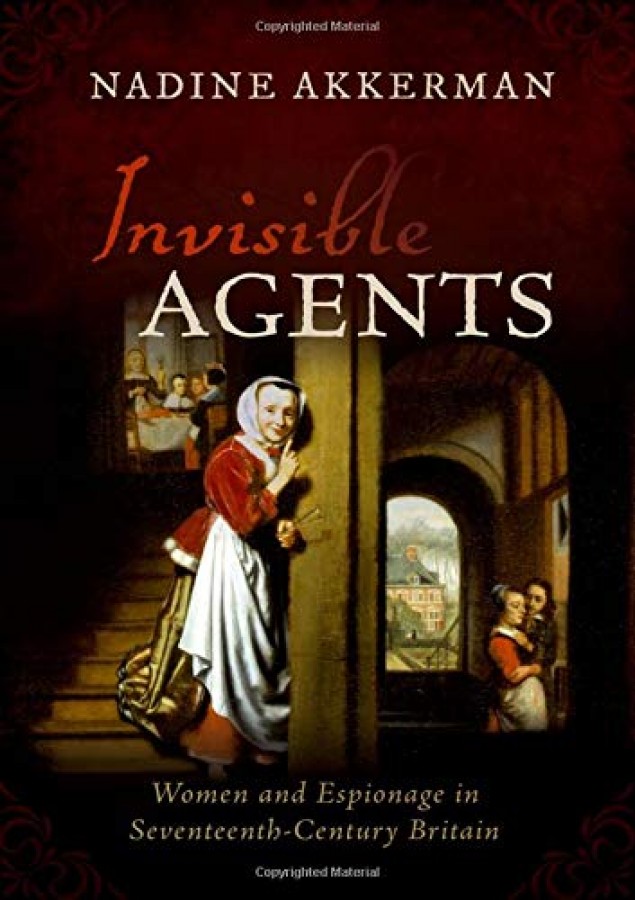 It would be easy for the modern reader to conclude that women had no place in the world of early modern espionage, with a few seventeenth-century women spies identified and then relegated to the footnotes of history. If even the espionage carried out by Susan Hyde, sister of Edward Hyde, Earl of Clarendon, during the turbulent decades of civil strife in Britain can escape the historiographer's gaze, then how many more like her lurk in the archives? Nadine Akkerman's search for an answer to this question has led to the writing of Invisible Agents, the very first study to analyse the role of early modern women spies, demonstrating that the allegedly-male world of the spy was more than merely infiltrated by women. This compelling and ground-breaking contribution to the history of espionage details a series of case studies in which women - from playwright to postmistress, from lady-in-waiting to laundry woman - acted as spies, sourcing and passing on confidential information on account of political and religious convictions or to obtain money or power. The struggle of the She-Intelligencers to construct credibility in their own time is mirrored in their invisibility in modern historiography. Akkerman has immersed herself in archives, libraries, and private collections, transcribing hundreds of letters, breaking cipher codes and their keys, studying invisible inks, and interpreting riddles, acting as a modern-day Spymistress to unearth plots and conspiracies that have long remained hidden by history.