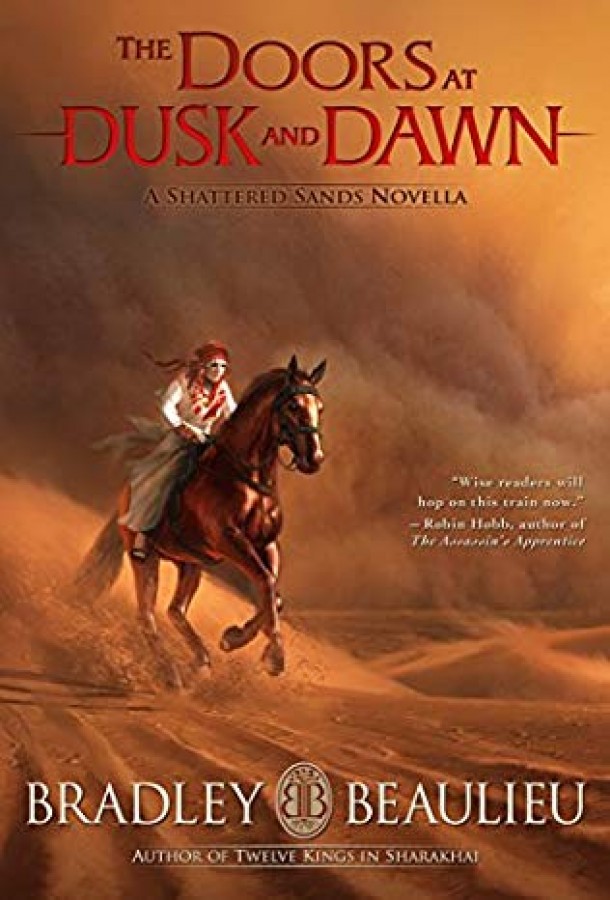 The Doors at Dusk and Dawn

In the western reaches of the Great Shangazi Desert, the long-distance horse race known as Annam's Traverse is about to begin. All is thrown in doubt, however, when Sukru the Reaping King arrives unannounced from Sharakhai and puts forth a champion of his own.

For a young woman named Leorah, the more important matter is the fabled amethyst ring offered up as a prize. She knows of the ring, and becomes obsessed with winning the race. This horrifies her twin sister, Devorah, who knows more of the ring's secrets than Leorah, and is desperate to hide them from the Reaping King.

As the race unfolds, and King Sukru's champion comes closer and closer to winning the prize, Devorah stumbles upon a secret that puts not only the ring's future in doubt, but her sister's as well.

Reacties op: The Doors at Dusk and Dawn