Sorry, I have to write this note in English. But I read the book in Dutch! :) I know this book pretty well, having already read it in Danish, German, and Icelandic. I'm not sure which part of the book I like most, the everyday narrative style first part, or the more philosophical later part, when Mersault is in prison and pondering his future and the meaning of life. Certainly the former part is easier to understand in a foreign language, and I can to some extent relate to Mersault's apparent lack of caring about what he does or what happens to him (though his careless shooting of the Arab is inexplicable to me). I think the second part of the book can be quite profound in places, however, I wouldn't call it a specific philosophy as such, even though this book has been described as a classic of existentialism.
I think this is a great work and one which often manages to catch the essential absurdity of some of human existence. 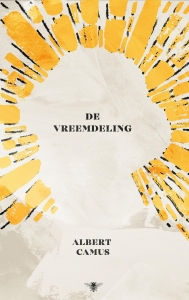