En op de cover van het boek: “If you thought high school was hell, has Anthony Breznican got a story for you…”

Stephen King: “Great alternate-history novel. The Nazis win, occupy Britain… Check it out.” en ook: “That book Dominion is terrific. And no, this isn't one of those publisher-sponsored blurbs. I just fell in love with it. Nice and long, too.”

3. Alex Marwood: The Killer Next Door

Stephen King: “If you read Alex Marwood's The Wicked Girls, her new one—The Killer Next Door—is even better. Scary as hell. Great characters.”

Stephen King: “Hypnotic and scary. A little Ira Levin, a little Patricia Highsmith and plenty of serious snark. Cool stuff.” en ook: “Totally original. Never read anything quite like it.”

Stephen King: “Read The Secret Place, by Tana French, when it comes out. You'll understand then. Great book.”

Stephen King: “Finishing The Paying Guests, by Sarah Waters. Awesome full-bodied novel. It's like she's saying, ‘Hey, dudes, this is how you do it.’”

9. Paula Hawkins: The Girl on the Train

Stephen King: “Really great suspense novel. Kept me up most of the night. The alcoholic narrator is dead perfect.”

Stephen King: “Trivia Night is the climax of Big Little Lies... It's a hell of a good book. Funny and scary. She nails the feuding moms.”

13. Susan Hill: The Man in the Picture

Stephen King: “The book in the picture is The Man in the Picture, by Susan Hill. The Thing of Evil mustn't eat it. It's too good.”

Stephen King: “A great film noir line in the new Joseph Finder novel, The Fixer: ‘She had a body harder than Chinese arithmetic.’”

Stephen King: “Terrific crime/suspense/mystery novel, but the real revelation is his fresh and original voice.”

Stephen King: “An eye-opening, heartbreaking novel of the war in Afghanistan. Reminded me of Conrad's Nostromo.”

Stephen King: “A terrific (and terrifying) novel of the undead in London. Completely involving, impossible to put down.”

Stephen King: “The best Michael Robotham novel yet. Once I reached the last 100 pages, it really was impossible to put down.”

Stephen King: “Dickensian, massively entertaining, as close to a great American novel as this century has produced.”

Stephen King: “If you liked Gone Girl and The Girl on the Train, you might want to pick up The Widow, by Fiona Barton. Engrossing. Suspenseful.”

Stephen King: “Heat up your spring reading with Joe Hill's The Fireman. It will spark your interest and charbroil your nerves.”

Stephen King: “Paul Tremblay's uber-creepy follow-up to A Head Full of Ghosts… Don't miss this one.”

En over A Head Full of Ghosts van Paul Tremblay: “Scared the living hell out of me, and I'm pretty hard to scare.”

Stephen King: “I enjoyed Peter Carey's wonderful novel, Amnesia—not least of all because it brought back memories of playing Zork.”

Stephen King: “If you want to cool off this summer with a fine horror novel, hunt up The Deep, by Nick Cutter. Scary as hell, and well written, to boot.”

En over Nick Cutters eerste boek The Troop: “it scared the hell out of me and I couldn’t put it down” en “old school horror at its best.”

Stephen King: “Hard to imagine a more finely wrought and chilling tale of the supernatural. One of the rare great ones.”

Stephen King: “Terrific novel of escape, sacrifice and redemption. Reminded me a bit of Larry McMurtry”

Stephen King: “Laura Lippman's latest novel, Wilde Lake, is a knockout. You should get right on that.”

Stephen King: “I'm reading The Nix, by Nathan Hill. Just started, but so far it's got me laughing hysterically. First 50 pages are worth the price.”

Stephen King: : “Loving The Twenty-Three, by Linwood Barclay. You should treat yourself to the whole Promise Falls trilogy.”

Stephen King: “The first great thriller of 2017 is almost here: Final Girls, by Riley Sager. If you liked Gone Girl, you'll like this.”

35. Megan Abbott: You Will Know Me

Stephen King: “What an excellent novel. Gave me the creeps in the best possible way.”

37. Sarah Pinborough: Behind Her Eyes

Stephen King: “Spent most of the day reading the second half of Behind Her Eyes, by Sarah Pinborough. What the Brits call ‘a thumping good read.’ Bravo!”

Stephen King: “U.K. readers, you have a nice surprise coming. No, not Brexit, Fever, by Deon Meyer. Reminiscent of The Stand and The Passage. Great stuff.”

Stephen King: “The best Lucas Davenport story so far. The man has a fine touch for outlaws… Get it. Over and out.”

Stephen King: “While you wait for the next great Boston crime movie, pick up a copy of Killers, by Howie Carr. It's a terrific read.”

Stephen King: “This is one shattering can't-put-it down book. Both shocking [and] tender. Read it.”

Stephen King: “It's a gem. Am I prejudiced, sure, but Kirkus says ‘pitch perfect’; PW touts ‘emotional resonance.’” en ook: “This is a really good book. I'd say the same if I wasn't related to the guy.”

45. Paul Tremblay: The Cabin at the End of the World

Stephen King: “Paul Tremblay’s new one, The Cabin at the End of the World, comes out in June. You should: mark it on your calendar, it’s that good. Thought-provoking and terrifying.”

46. Meg Gardiner: Into the Black Nowhere

Stephen King: “Excellent. You know the drill, bookstore near you. Buy now, thank me later.”

Stephen King: “Want to read something good? You won’t find it on the front bestseller table at your bookstore, but it’s new and will be there… If you like my stuff, you’ll like this.”

Stephen King: "Suspenseful as hell and she writes like a dream. It's got a cool James M. Cain vibe. Lippman's always good, but this is a cut above."

Stephen King: "If there has been a better mystery-suspense story written in this decade, I can't think of it."

51. Michelle McNamara: I'll Be Gone in the Dark: One Woman's Obsessive Search for the Golden State Killer

Stephen King: "It appears police have caught the Golden State Killer. Go get Michelle McNamara's excellent book about the case."

Stephen King: "...a great whodunnit. It's as good as an Agatha Christie. Better, in some ways. Cleverer."

Stephen King: "Every now and then—rarely!—a book casts a little light on the creative development of a gifted artist... Read it if you like Simon; read it if you want to discover how talent unfolds itself."

Stephen King: "Most literary fiction doesn't last very long. This is going to be around. It's the real deal. Jarring, horrible, compassionate, funny. BTW, Kushner reads the audio and knocks it out of the park."

Stephen King: “The Shimmer is one terrific read.”

56. Michael Koryta: How it Happened

Stephen King: I don't know any more about it than you do (read the book, but long ago), but I will say that Adora's husband Alan gives me the creepy-crawlies.

If you liked SHARP OBJECTS, you'll like PICNIC AT HANGING ROCK even more. It's spooky, atmospheric, beautiful. And Natalie Dormer is amazing as the malignant Mrs. Appleyard.

61. Matthew Thomas: We Are Not Ourselves

The best book I've read so far this year is WE ARE NOT OURSELVES, by Matthew Thomas. An old-fashioned page turner. Deep emotional resonance. 4 years old now, so try Amazon or your library. You'll thank me. Hope he's writing a new one.

First rate suspense, with a soupcon of horror in the Hannibal Lecter vein. On sale today. You won’t be disappointed.

When people say they want to read a really good novel, the kind you just can't put down, this is the kind of book they mean. Exceptional.

Jij in The Readers Club? 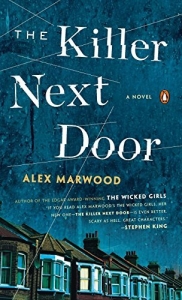 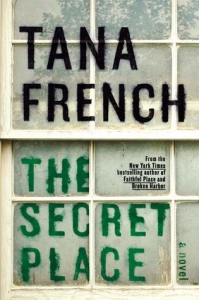 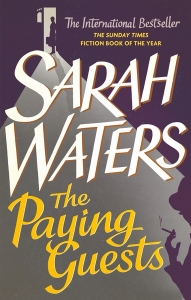 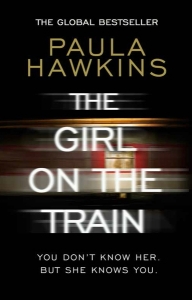 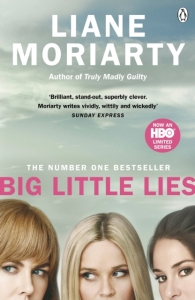 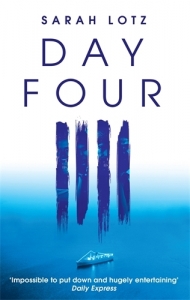