In an old bunker on the Essex coast, a dog walker discovers the charred body of teenage African girl. She’s been circumcised and the labia are sewn up. Around her are witchcraft symbols. On the wall next to her the word 18 is scribbled in Arabic.
In Wood Green (London) the eighteen-month-old baby of an illegal Turkish immigrant disappears from his shopping trolley while he takes his daughter to the toilet. Days later, his dead body turns up in a London canal next to lock 18.
A 12-year-old diabetic boy is abducted while his mother is in Germany for her job. He has but a limited amount of insulin with him. He is promised to a rich, prominent but paedophile judge who can’t wait to get his hands on him. Time runs out very fast.
Are those 3 cases related? DI Hanlon seems to think so. What does 18 mean? Someone suggests it may relate to the first and eight letters of the alphabet A and H. Things escalate when DS Whiteside, a personal friend of Hanlon is liquidated in his own flat. She’s certain who’s behind the attack but has no proof.

DI Hanlon has quite a reputation as a ball breaker and has few friends in the force but those she has are fiercely loyal to her. She received the highest possible medal for bravery while taking action in direct conflict with her orders. So, she’s known to flaunt the rules and doesn’t always play nicely by the procedures or protocols. After the attack on Whiteside and the abduction of little Peter, she’s willing to break every rule or regulation in the book.
It’s made very clear in this book that police protocols aren’t always easy to follow and can obstruct an investigation. It’s a very difficult moral issue. How far can a police officer go in extracting the truth from a suspect when there are lives in danger? It’s typical for criminals who disrespect the civil rights and privacy of their victims to become squeamish when they think that their own are under threat.
As this is the first book in a series, it starts out rather slow to introduce the main characters but once we’re acquainted, the story takes off and doesn’t stop till it’s all over. There are many storylines and investigations by different teams happening at the same time. So, you have to keep your attention at all times because things become complicated at times. But that’s something that happens like that in real life as well. It’s a welcome diversion from the books where one super team investigates and does everything on their own. I’m definitely eager to read the other books in the series. I’m curious to see if the author can continue the series on the same high level of suspense as well as bringing urgent social and moral questions to the attention.
It’s a gritty police procedural and skirts difficult issues like illegal immigration and female genital mutilation; both are an increasing problem that’s often swept under the carpet.
Some of the people die in a horrendous way, although I can’t say that it’s undeserved. If you’re averse of violence, this is not a book for you. What I didn’t like was the excitement over and the sexiness given to the Makarov handgun. Ok, this was totally in line with the person’s character but I fear the description was too real for its own good and may give a wrong impression to influenceable people. Take it from me; guns are dangerous and kill, they do not belong on our English or European streets. (Americans can carry on shooting themselves if they want to continue this tradition but it’s not one we should copy)
. One thing I have noticed is that this is actually a re-issue of an existing series and is outdated on the point that after Brexit, there will not be a Brit as president of the European Court. It’s only a minor thing and merely indicates the time of action (around 2012 or so) and certainly doesn’t interfere with the narrative.
I thank Netgalley and Boldwood Books for the free ARC they provided and this is my honest and unbiased review of it. 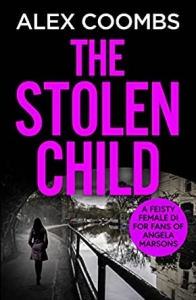