Waaaaay overrated. The book is just basically the sexual fantasy of one fucked up dude. Filthy language, unrealistic situations (mastrubating in front of an open window in NY and nobody who sees it??) and just to much. It really is to bad because the underlying story is actually interesting. The Netflix series does a good job in removing the raunchy sexist parts and try to give you a little more dept then this author succeeded in doing. A flat character that hates everybody and everything and goes on a killing spree without getting caught? Yeah.. no. To many plot holes, to many mistakes (like beck giving out her email twice...). This books was an unpleasant read. Why two stars instead of one then? I did like the way Kepnes switched between thoughts. Most people might have to get used to that I figure, but I did find it refreshing. That’s how brains do work so I applaud her for that. 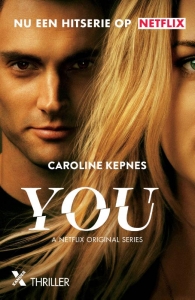