The Neighbours starts with Ginny, a 34 year old woman who works in PR and whose life is about to be turned upside down. Her roommate and best friend, Nancy, is moving to the US and when Ginny comes home from work she expects to come home to an empty apartment. But instead she finds her boyfriend Jack cheating of her with her boss Annabel. She dumps Jack and she quits her job.

Cassie is Ginny’s downstairs neighbour. Cassie is a 55 year old actress who is suffering from a reputation-damaging and embarrassing TV-show appearance.

Ginny and Cassie paths cross and an unlikely friendship develops. At first they don’t seem to have a lot in common, but the more they get to know each other, the more they begin to see they can help and support each other.

The story is written from Ginny’s perspective. She feels as though she should have accomplished more at her age. She isn’t where she wants to be career wise and relationship wise. I thought Ginny’s inner dialogue felt real, believable and relatable.

The Neighbours deals with some difficult and heavy subjects. Mental health (depression), disappointment and insecurities.. Nicola Gill did a wonderful job on writing about these subjects in a sensitive way. The story is light-hearted and filled with humour, but it never feels like the subjects are trivialised.

But this is not just a book about mental health. It is also about friendship, love and finding happiness. Both Ginny and Cassie’s characters grow over the course of the novel. Ginny learns to be more confident and Cassie finds peace with who she is and where she’s at in life. They grow and they support each other.

The Neighbours shows the importance friendship and it’s a heart-warming story that made me tear up and laugh out loud.

Thank you to NetGalley and Avon Books UK for sending me an e-ARC.

Reacties op: The importance of friendship 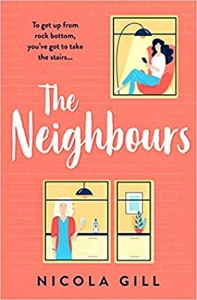