I read the english version : The Woman in the White Kimono

Japan, 1957. Seventeen-year-old Naoko Nakamura’s pre-arranged marriage to the son of her father’s business associate would secure her family’s status in their traditional Japanese community. But Naoko has fallen for another man – an American sailor – and to marry him would bring great shame upon her family. When it is learned that she is carrying the sailor’s child, Naoko is cast out in disgrace and forced to make unimaginable choices with consequences that will be felt rippling throughout generations.
America, present day. Tori Kavac, caring for her dying father, finds a letter that contains a shocking revelation – one that calls into question everything that she understood about her family and herself.
The Woman in the White Kimono is wonderfully written, going into great detail about post-World War II customs and culture. The novel is written in such amazing detail, describing both the post-war time as well as present day, both of which flowed into each other, carrying themes not so different from each other. The depth that the author must have gone into researching this shows, and personally, I found some of the novel to be educational, as most of the things brought up within the novel, such as the post-war customs, was completely different than what I was expecting and definitely changed my perspective on life after WW2. I would definitely recommend The Woman in the White Kimono to those interested in learning more about post-World War II Japan as well as those learning more about Japanese culture in general. get the tissues out :)

Reacties op: A Must read 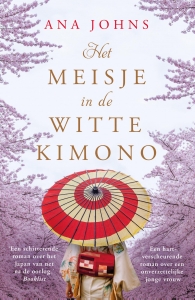