engels recensie ( engels vertaling gelezen )
The novel portrays the Afghans as an independent and proud people who for decades have defended their country against one invader after another. But the narrator wonders if his people will ever transcend the tribalism that continues to threaten Afghanistan's integrity. "Maybe," he thinks, "it was a hopeless place." As a boy, Amir cravenly betrays his servant and best friend, the Hazara boy Hassan.
When the Russians come, Amir and his father move to California
There are so many ways that this book has touched me; it's difficult to find a place to begin.
I read this book after reading "A Thousand Splendid Suns" because I was beginning to really become aware of how many of our fellow brothers and sisters in other places in the world have the same desires that we do in the United States: to raise our children with a sense of morality, the determination to make more of oneself, and the endurance to keep going in horrific times and situations.
What makes the novel so powerful for me is that whatever Amir's father was not able to achieve with his illegitimate son, it's done by Amir who stepped over his father's reputation and accepted the poor boy. Whatever Hassan could not accomplish with Asseff, it's done by his son-Hassan is still alive in him. The novel is very deep and thought-provoking. I will read this book "a thousand times over".
The narrator of this story is so breathtakingly honest that I feel that his conscience is only open to me. This story allows me to recognize that more than likely every human who has ever walked this earths has had moments of deep regret, and that if we could, we would go back and redo as we examine how life could have been different if other choices were made.
Reading this book has made this far away place seem so much closer - and its people much more understandable to me. It's an emotional read but a must-read for all who, like me, have not read a book like it.
A beautiful ending and a wonderful book. 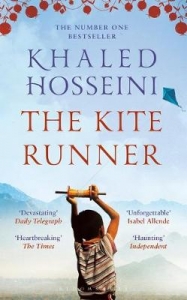