I have mixed feelings about this book. I picked it up because of the hype (kudos to Cline's publishing team) and the first few pages were really impressive. I don't read a lot of literary stuff like this, and Cline's words were mesmerizing at first. Every sentence perfectly and poetically constructed. You could take any snippet from this book, post it anywhere, and it would be obvious how strong a writer Cline is, without even knowing what the story was about.

But then it became exhausting. Because while Cline is an incredibly gifted writer, she's not a great storyteller, and it got really tiring reading paragraph after paragraph of beautiful prose that essentially says nothing. The pacing was soooooo sloooooow. It took pages to describe the smallest details. The story, in a nutshell, is about a girl who becomes part of a cult, and the cult commits heinous murders. The premise is fantastic. But in my opinion, it was told from the wrong point of view. What should have been a fabulous imaginative retelling of Manson fell flat, because the protagonist is only a bystander, and a part-time one at that. She doesn't live with the cult - she goes home most nights. She has no memorable relationships with anyone else in the group, other than the one girl she's infatuated with. But because her attraction is one-sided, the relationship never develops. And other than this one girl, the other characters are barely sketched out. They only exist in her peripheral vision, hazy snapshots at best, and this includes the Manson-like character himself. The victims, we don't really know at all, so it's difficult to be horrified about what happens to them. Speaking of which, she's not involved at all in the planning of the murders, and she's even not there when the murders happen. All that build-up, and we don't even see the terrible thing that's the climax of the story.

The book is essentially one giant flashback, with a handful of present-day scenes telling us very little about the protagonist's life now (but I get why Cline choose to do it this way - if the story is told in flashback, she can tell it with added insight and hindsight, using lots of "little did she know's" to hint at what's to come - a cheap way to create tension, but I suppose it's better than no tension at all). In the end, though, it's so completely dissatisfying because we don't know what she's learned, or how she's grown. She hints at trying to help a young girl in the present-day, someone who reminds her of herself, but again, it never develops into anything.

This is a story that gets lost in its own words. I'm so disappointed. Great premise, great writing, weak story.

Reacties op: A mesmerizing and sympathetic portrait of teen girls 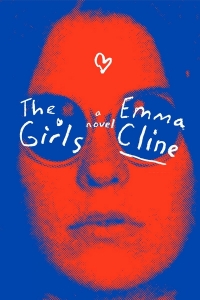